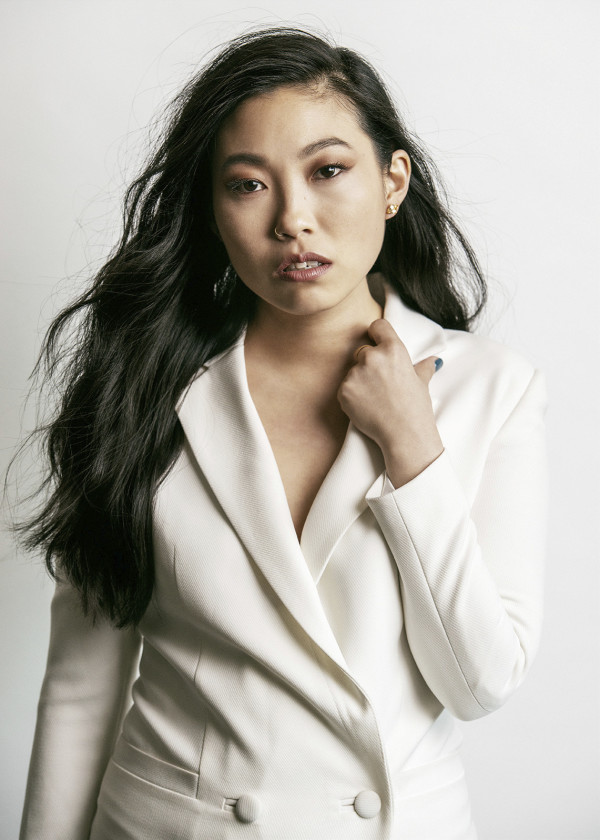 Nora Lum, better known as “Awkwafina,” is an Asian American writer, and actress from Queens, New York. She recently starred in the all-female cast of the Warner Bros. feature "Ocean’s 8", alongside Sandra Bullock and Cate Blanchett that was released in the summer of 2018. Additionally, Nora starred in "Crazy Rich Asians" (2018), which was directed by Jon. M Chu. The film is based on Kevin Kwan’s best-selling novel and was released in August 2018. Nora can also be seen in the Sundance indie feature titled "Paradise Hills" where she starred alongside Emma Roberts, Milla Jovovich, and Alfie Allen, directed by Alice Waddington. She just wrapped production on a Big Beach film titled "The Farewell", where she plays the lead role. The film is directed by Lulu Wang.

Previously, she starred in the Universal feature "Neighbors 2" (2016) with Seth Rogen, Zac Efron & Rose Byrne. Nora also plays ‘Rebecca’ in Olivia Milch’s Indie comedy feature "Dude" (2017), and the voice of ‘Quail’ in the Warner Bros. animated feature "Storks" (2016). In television, Nora will be shooting her Comedy Central series "Awkwafina" this upcoming summer, which she created and will star in. Her other TV credits include: Hulu’s "Future Man"as well as MTV’s "Mary + Jane" and "Girl Code".