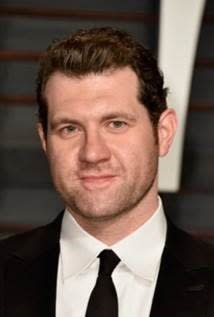 Billy shot an arc on Ryan Murphy’s "American Horro Story" for FX, and can most recently be seen in "Friends from College" opposite Keegan-Michael Key and Cobie Smulders for Nick Stoller and Netflix.

Billy will next be scene in Walt Disney’s "Nicole" for director Marc Lawrence opposite Anna Kendrick, Bill Hader and Shirley MacLaine, as well as Disney’s "Lion King", and his upcoming Netflix special.