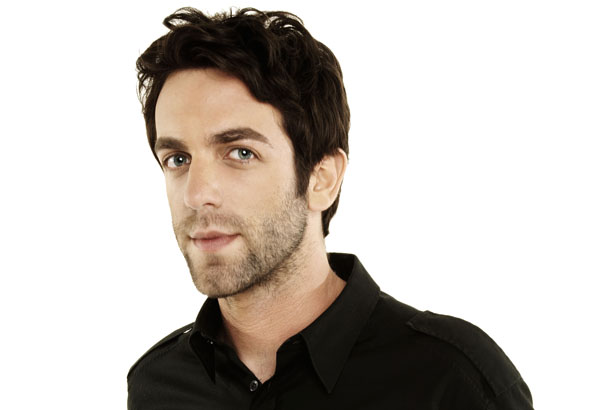 B.J. Novak is a writer, actor, and comedian best known for his work on NBC’s Emmy Award winning comedy "The Office". In addition to starring as Ryan, Novak was a Co-Executive Producer for the series and wrote many of the show’s most memorable episodes, including “Diversity Day,” “Sexual Harassment,” “The Fire,” “Initiation,” “Safety Training,” “Local Ad,” and “Happy Hour.”

First known to television audiences for his performances on the MTV series "Punk’d", Novak has appeared in motion pictures such as "Unaccompanied Minors", "Reign Over Me", "The Internship", "Knocked Up", "The Smurfs", and Quentin Tarantino’s "Inglourious Basterds". He played composer Robert B. Sherman in "Saving Mr. Banks", Alistair Smythe in "The Amazing Spider Man 2", and had a supporting role in the 2016 film "The Founder", which featured Michael Keaton as Ray Kroc.

On April 11, 2013, publishing house Alfred A. Knopf announced it had signed a two-book deal with Novak, with the first book slated to be a fictional collection of stories. On February 4, 2014 a book of 22 stories entitled "One More Thing: Stories and Other Stories" was published and spent 6 weeks on the NYT Hardcover Fiction Bestsellers List. Novak also signed a deal with Penguin’s children’s books label and wrote the title "The Book With No Pictures", which was released in September 2014 and spent two full years on the New York Times Picture Books list, with 34 of those weeks charting the book as the #1 seller in the country.

As a stand up comedian, Novak was named one of Variety’s “Ten Comics To Watch” in 2004 and has since performed on Comedy Central, "Late Night with Conan O’ Brien", and has headlined numerous colleges, theaters, and comedy clubs in recent years, including sold-out runs at Caroline’s on Broadway and the Hollywood Improv in Los Angeles. He was also a regular at the “Comedy Death Ray” stand-up show at the UCB Theater in Los Angeles. In November 2008, his show “B.J. Novak & Friends” at Town Hall served as the closing night of the New York Comedy Festival.