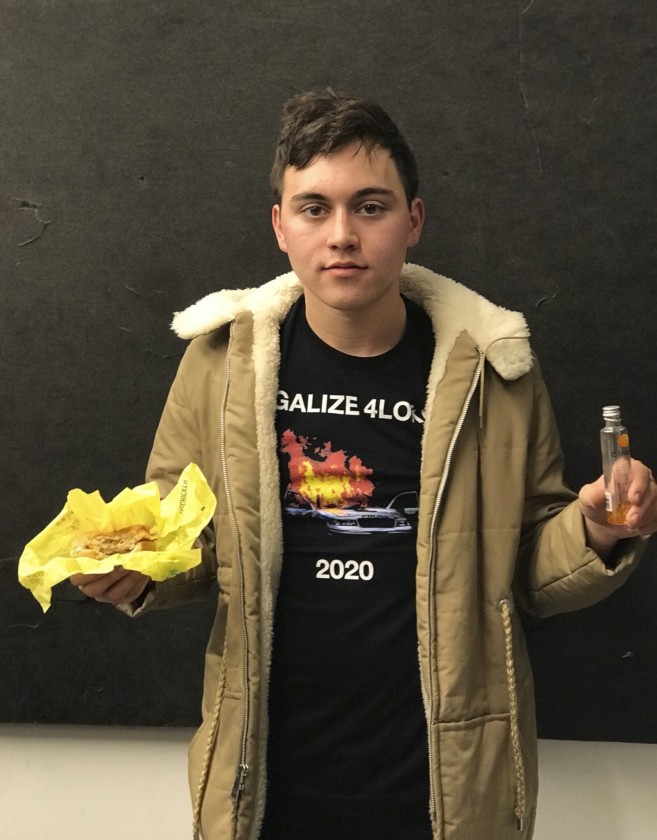 Brandon Wardell is a comedian.

He has made appearances on multiple shows on Comedy Central, MTV, and Viceland. Recent acting credits include Netflix’s “I Think You Should Leave with Tim Robinson” and Facebook Watch’s “Real Bros of Simi Valley”.

He hosts a popular podcast with Jack Wagner called “Yeah But Still”. Past guests include Vampire Weekend, Lizzo, and more. He starred in and wrote for the webseries “Like And Subscribe,” created by Wagner.

He’s been profiled in Rolling Stone, Vice, and other major publications.

He is on tour frequently and has a popular monthly standup show at The Satellite in Los Angeles.

Wardell started doing standup in Washington DC in 2010, dropped out of Virginia Commonwealth University in 2013, and moved to Los Angeles in 2014. Soon after, he was featured on the Bob Odenkirk album “Amateur Hour,” and later went on to tour with Odenkirk and select dates on the Bo Burnham Make Happy tour.