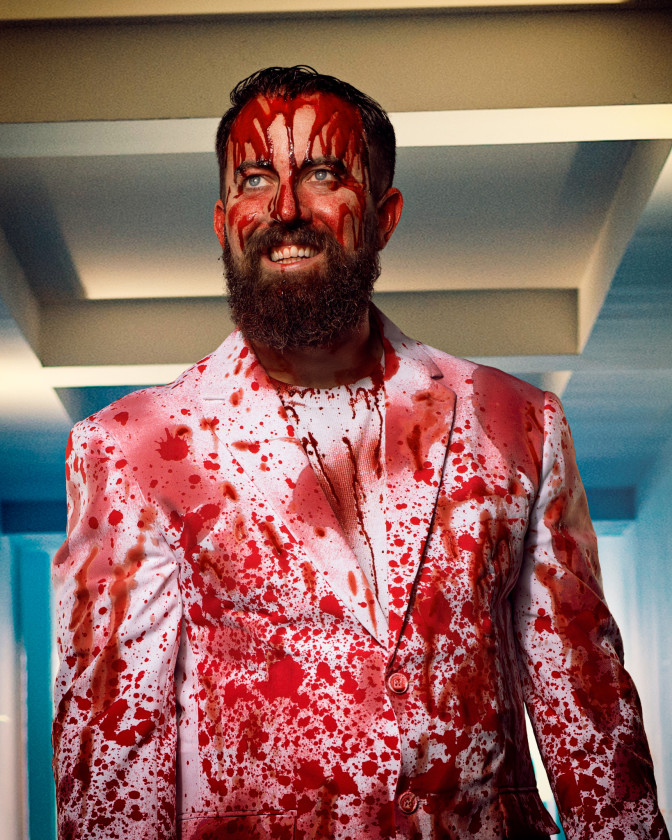 Dan Cummins has been a guest on multiple Late Night shows, from "Conan" to "The Tonight Show" to "This Is Not Happening". He’s had a Comedy Central half-hour special, a one-hour Comedy Central special, "Crazy With A Capital F" and most recently, Amazon’s "Don't Take The Bear". Dan’s enormous fan base on Pandora is part of what makes him stand out. Over 300,000 fans have created stations solely based on Dan Cummins comedy, pushing his plays to over 306 million. He ranks as one of the most “liked” comics on Pandora with average of over 80% thumbs up.

Dan’s never-ending quest for knowledge has led him into the sometimes dark but always interesting and hilarious world of TIMESUCK. This weekly podcast, released every Monday at 12 PST, is a slightly irreverent but consistently entertaining way for the eternal knowledge seeker to get their dose of thoroughly researched information. From Scientology to Jeffrey Dahmer to the KKK, no topic is off limits. Dan’s growing community of savvy listeners download almost 1 million episodes a month, proving that Dan isn’t alone in his love of learning in a new and exciting way. Timesuck can frequently be found in the iTunes chart of the top 100 podcasts. Dan has been a guest on "Bertcast", "The Adam Corrolla Show", "The Church of What’s Happening Now" with Joey Diaz and many other podcasts.

Remaining true to his love for writing and his passion to make people laugh, Dan stepped out on his own after recording five previous albums with Warner Brothers Records, to record not one, but two new albums in 2018. "Maybe I’m The Problem" was exclusively available in its entirety on Pandora for several months before its national release where it went straight number #1. "Maybe I’m The Problem" remained in the top 10 for several weeks after its release. Dan, always taking care of his most loyal fans, also recorded a secret album, "Feel The Heat" available only to his most loyal Timesuckers via Patreon. On Patreon, Timesuck is one of the top twenty most subscribed to podcasts in the world when it comes to paying listeners.

Currently he is building new material on his 2019 “Happy Murder Tour”, selling out rooms around the country.