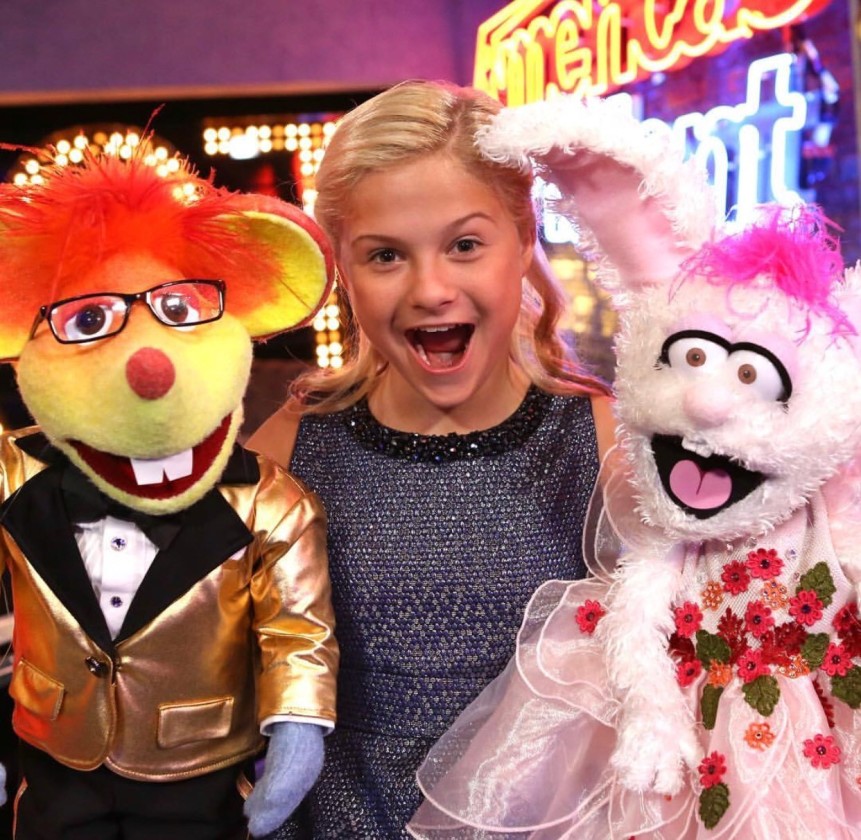 Ventriloquist, Darci Lynne is the youngest contestant to ever win “America’s Got Talent.” Following AGT she sold out her headlining show in six minutes, having to add more shows. She is a young ventriloquist who is inspiring the next generation to keep it alive. Darci is someone to watch for as her career is just getting started. But in her mind, positively affecting one person through her performances is all she desires.

Growing up in Oklahoma, Darci has always been close to her family and relies on their support and encouragement. In her younger years, she had a timid demeanor that she was able to overcome through talent-based pageants. She was soon introduced to the art of ventriloquism and decided to try it out for herself. Darci had hard work, grit, and discipline already instilled in her, since she came from a gymnastics background where she practiced 30 hours a week. After only having her first puppet for two weeks, Darci was determined to audition for her first talent show never knowing it would lead her to audition for the biggest talent show on earth.

Now being on stage makes her feel like she is an entirely new person. This is where she opens up and flourishes. Darci dazzles the audience, leaving them with smiles on their faces. Performing has helped Darci learn about herself and who she can be. She is so grateful to her mentor Gary Owen and her vocal coach Tiana Plemons for all they have done for her. During her “America’s Got Talent” audition she received the golden buzzer sending her straight to the Quarterfinals. Her winning final performance has over 21M views on AGT’s YouTube, more than any other finals performance on the show. Darci will be touring into next year and hopes to continue to uplift people as they watch her.