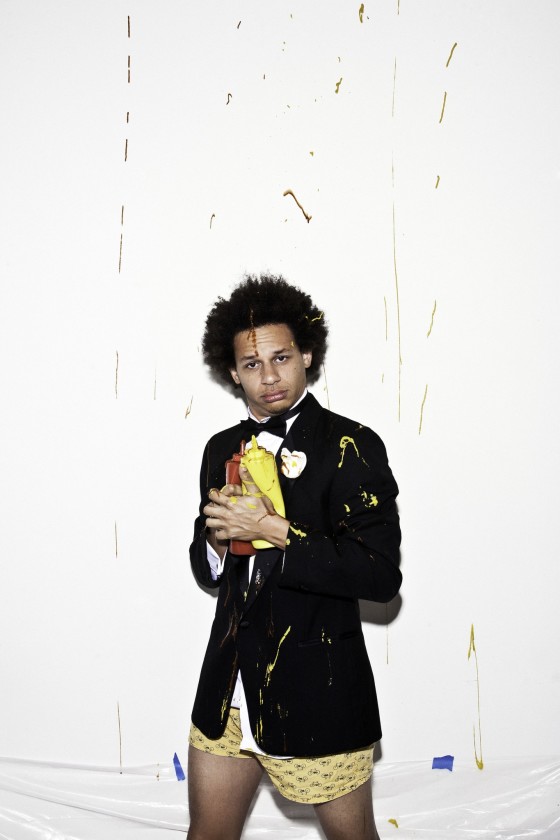 ERIC ANDRE is the creator and host of Adult Swim’s hit series “The Eric Andre Show.” He’s also a writer and executive producer for the network’s new late night comedy “Mostly 4 Millennials,” which premiered on July 1st and airs Sundays at midnight. Andre also lends his voice to the hyena ‘Azizi’ in Disney’s reimagining of "The Lion King" (July 2019), from director Jon Favreau.

With an already proven standup act, Andre decided to break into the world of late night talk shows. But of course he brings his own flare to what is otherwise a very organized and predictable late night routine. Unlike his counterparts, Jimmy Fallon or Conan O’Brien, Andre’s unrelenting and constantly over the top humor puts some of his guests on “The Eric Andre Show” into situations they never thought they would end up in. “The Eric Andre Show” is a live action comedy television series that premiered May 20th, 2012 on Cartoon Network’s Adult Swim.

Andre also recently starred on FXX’s “Man Seeking Woman” for three seasons from 2015 to 2017, with Jay Baruchel. His other television credits include CBS’ “2 Broke Girls,” playing the boyfriend of Max (Kat Dennings), and a series regular role on ABC’s “Don’t Trust the B----in Apt. 23.” Andre was recently seen on the big screen in "Popstar: Never Stop Never Stopping" , with Andy Samberg, and in "The Internship", with Vince Vaughn and Owen Wilson.

Originally from Boca Raton, Florida, Andre resides in Los Angeles and tours often, selling out venues across the US, Canada, and Australia.