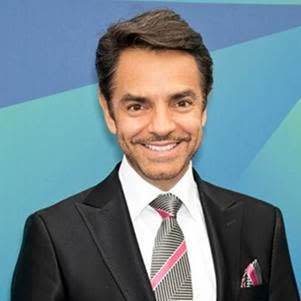 Eugenio Derbez is a Mexican actor, writer, director and producer. He's one of Mexico's best-known stars and one of the most influential creative forces in Latin America.

For over two decades, he created and starred in LA FAMILIA P LUCHE and XHDRBZ on Mexican television. On the feature side, he’s starred in Sundance's Jury Award winner SANGRE DE MI SANGRE, the indie hit LA MISMA LUNA, and voiced the Spanish version of Donkey in SHREK and SHREK 2. He is best known for Pantelion’s INSTRUCTIONS NOT INLCUDED, which he starred in, co-wrote and directed, and heard in Fox’s animated feature THE BOOK OF LIFE. He most recently starred in Sony’s MIRACLES FROM HEAVEN alongside Jennifer Garner and Queen Latifah.

Eugenio can currently be seen in the Lionsgate feature HOW TO BE A LATIN LOVER, which he both starred in and produced through his company, 3pas Studios. He also will appear in the upcoming Warners/Skydance sci-fi disaster feature GEOSTORM alongside Gerard Butler, Jim Sturgess, and Ed Harris. Eugenio recently wrapped production on Disney’s THE NUTCRACKER AND THE FOUR REALMS, alongside Morgan Freeman, Keira Knightley and Helen Mirren. He recently wrapped production on a remake of OVERBOARD for MGM, which he stars in and also produced.