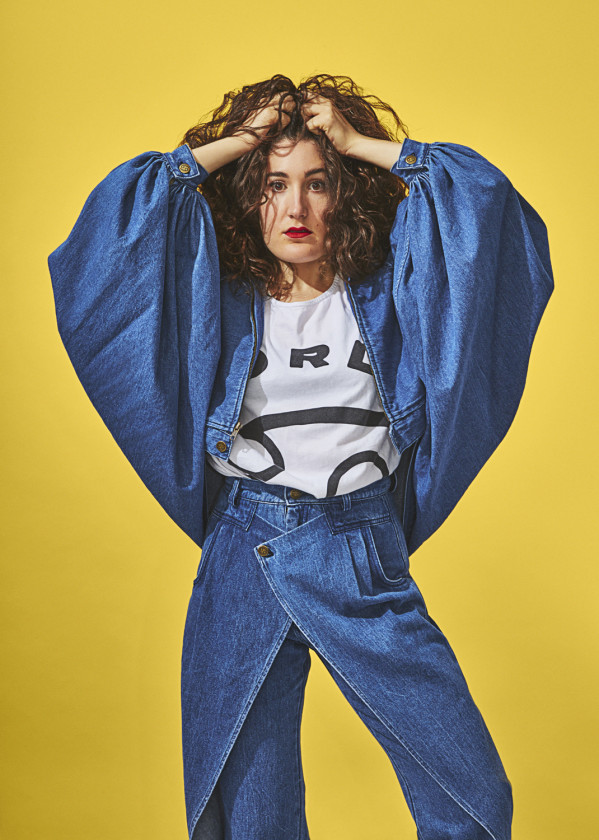 Kate Berlant is an LA based writer/performer who has performed at festivals across the globe including a sold-out run at the 2018 Edinburgh Fringe Festival, Montreal Just For Laughs Festival, New York Comedy Festival, Festival Supreme, Treasure Island, Sasquatch, and Moontower. Her performances have been commissioned by The Museum of Contemporary Art, Los Angeles, and she has been described by The New York Times as a "magnetic improvisational comic" at the forefront of experimental comedy. Kate most recently appeared in Boots Riley’s breakout Sundance film "Sorry to Bother You" and can be seen in the films "Dean", written and directed by Demetri Martin, Duck Butter, written by Alia Shawkat & Miguel Arteta, who also directed the film, and James Franco’s "The Disaster Artist". Kate recently wrapped production on "Men In Black 4", the Men In Black sequel with Tessa Thompson and Chris Hemsworth (alongside John Early).

Kate has appeared in such television series as "Search Party" (TBS), "Ghosted" (Fox), "Transparent" (Amazon), and "High Maintenance" (HBO). She also wrote, executive produced, and starred in her own episode of Netflix Presents: "The Characters" for which she won raves.

In 2017 Kate was nominated for a Gotham Award for the Andy Deyoung-directed Vimeo series "555" which she co-wrote and co-starred in with John Early. Kate and John Early have also made multiple appearances together on "The Tonight Show starring Jimmy Fallon".