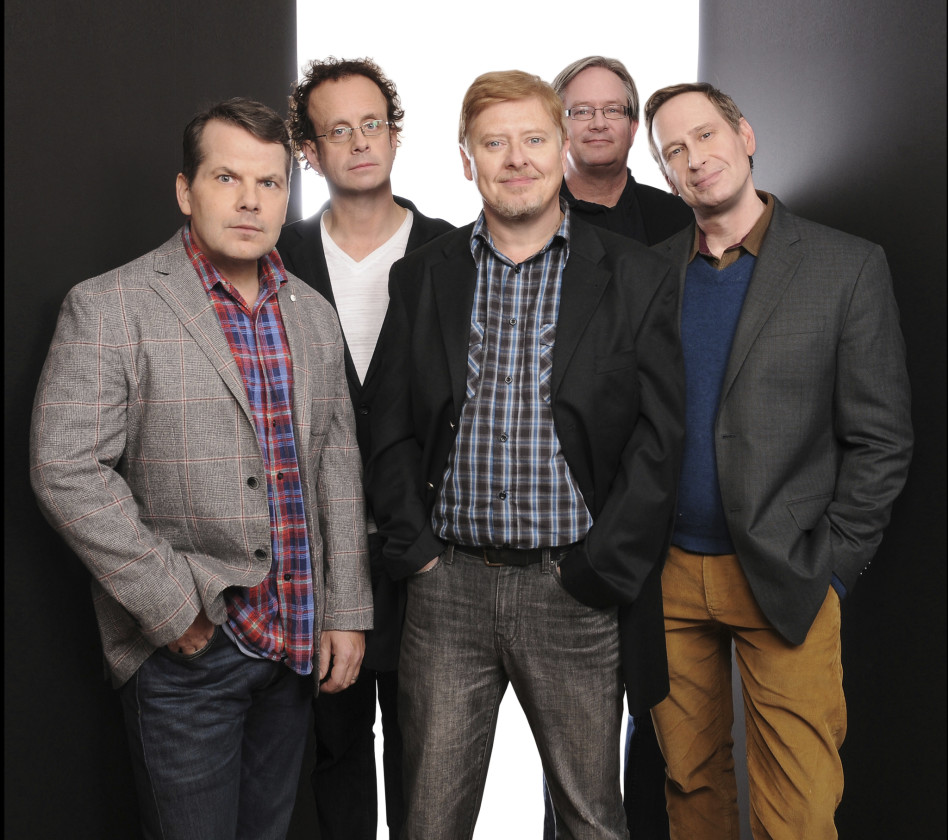 Kids In The Hall

A five-man sketch comedy troupe, “KITH” was formed in 1984 when members Foley and McDonald joined forces with members McCulloch and McKinney. Prior to joining “KITH”, McCulloch and McKinneyhad been performing sketch comedy as part of the Loose Moose Theater Company and with a troupe called “The Audience” in Calgary, Alberta, Canada. McCulloch and McKinney moved to Toronto in 1984 and joined Foley and McDonald in “KITH”, and the troupe performed at various comedy venues throughout the greater Toronto area (most notably, a venue called The Rivoli) for several years. Thompson, a university theater student, later joined the troupe after having been a member of the audience for several of their earliest performances.

“Saturday Night Live” producer/creator Lorne Michaels frequently visited Canadian comedy clubs while scouting for new talent to add to “SNL”’s ever-changing roster of performers. On the recommendation of Pam Thomas, wife of “SCTV”’s Dave Thomas, Michaels attended a “KITH” performance during one such scouting visit. He initially asked McCulloch and McKinney to join him in New York as writers for “SNL”, but shortly thereafter determined that “KITH” worked best as a troupe.

Michaels pitched and secured an HBO show starring “KITH”, and the show’s pilot episode aired in 1988. The full series debuted in 1989 and aired through 1994, first on HBO, and then on CBS (and on CBC in Canada throughout the run).

The show continued to air in syndication on Comedy Central throughout the 1990s while “KITH” wrote and starred in “Brain Candy”, a film which went on to develop a devoted cult following. After filming on “Brain Candy” was completed, the troupe members disbanded to explore various solo projects, including Foley’s “NewsRadio”, which enjoyed both a lengthy run on NBC and considerable critical acclaim.

“KITH” reunited in 1999 for their first post-series live tour. Titled “Same Guys, New Dresses”, the North American tour was a tremendous success, and yielded another troupe film with the same title. Over the past fifteen years, the troupe has regularly divided their time between solo and troupe projects, including two more tours and an eight-part mini-series titled “Death Comes to Town”, which aired in 2010 on IFC in the US and on CBC in Canada.

Throughout their history, “KITH” has consistently won broad and passionate acclaim from both audiences and critics for their quirky, often dark, and thoroughly hilarious takes on the stranger angels of our nature. Their brand of comedy–which frequently sees them dressing as and portraying female characters with remarkable depth and understanding–is simultaneously fresh and timeless, a result of both their devastating ability to dig past the superficial to find universal human truths, and their refusal to stop looking for those truths as often as possible.