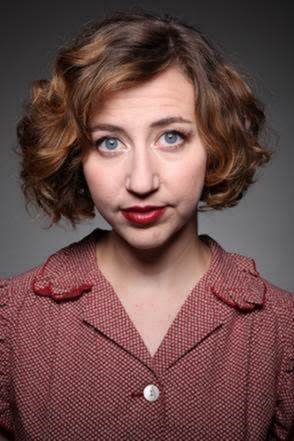 Kristen Schaal has established herself as one of the most versatile and sought-after comedic talents in television and film. Currently, Schaal stars as 'Carol Pilbasian' opposite Will Forte on Fox’s hit series "The Last Man On Earth", which was recently renewed for a second season. Schaal has been met with much praise for her work on the show, with TV Line declaring her character “one of TV’s most complex, root-worthy misfits. Man would be lost without her” (6/15). Schaal can also be heard as the voice of 'Louise Belcher' in Fox’s Emmy Award-winning animated series "Bob’s Burgers" and as the voice of 'Mabel Pines' in Disney XD’s "Gravity Falls".

Schaal will next be seen in "A Walk in the Woods" opposite Robert Redford and Nick Nolte. She also recently wrapped production on the Melisa McCarthy comedy Michelle Darnell, slated for release in 2016.

Schaal continues to make memorable appearances as the 'Senior Women’s Correspondent' for "The Daily Show with Jon Stewart", tackling topics such as sexism, gender wage equality, political campaigns, and, most recently, “Dad Bods.” Schaal’s segments have drawn widespread coverage and attention for her honesty and humor.

Off-screen, Schaal continues to host her stand-up show “Hot Tub” alongside comedy partner Kurt Braunohler. The weekly variety show features comedy from LA’s best comics and sketch groups, new music, and the occasional oddity. No stranger to live performance, Schaal released her own one-hour comedy special, Kristen Schaal: Live at the Fillmore, on Comedy Central in 2013. In 2011, she appeared in Lincoln Center Theater’s The Coward, a comedy play by Nick Jones. Schaal received the Lucille Lortel Award for “Outstanding Featured Actress” for her performance.

Previously, Schaal starred as 'Mel' on HBO’s Emmy-nominated series "Flight of the Conchords" and as the much buzzed-about 'Hazel Wassername' on NBC’s "30 Rock". Her additional film and television credits include "Dinner for Schmucks", "Mad Men", "The Hotwives of Orlando", "Modern Family", "Glee", "Freak Show", and "Comedy Central Presents: Kristen Schaal". Her additional voice work includes "The Simpsons", "BoJack Horseman", "Toy Story 3", "Cloudy with a Chance of Meatballs 2", and "Despicable Me 2".

She currently lives in Los Angeles.