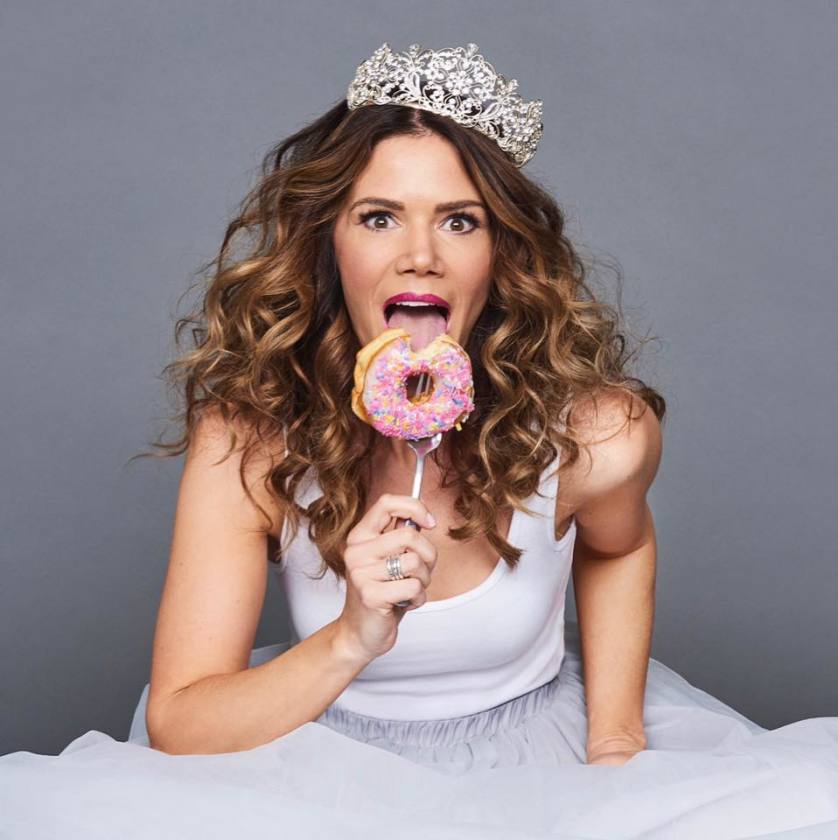 Kristina Kuzmic is a cheerleader for her fellow humans. It’s not something she ever anticipated doing, but after immigrating to America from Croatia during the war in her homeland and later facing more challenges (divorce, single parenting, poverty, depression...), Kristina wanted to be for others what she wished someone had been for her during her darkest hours.Now, with over onebillion video views, Kristina is providing her audience with encouragement, hope and humor in a role she never expected to fill.

In 2011, when Oprah crowned Kristina the winner of Mark Burnett’s reality TV competition “Oprah’s Search for the Next TV Star,”Oprah said, “What is that THING?...That’s so charming and charismatic and connected to the audience that makes you feel like, ‘I know her, I want to be her, I’m like her’... Kristina has all of that. She is an ‘IT PLUS’ girl... I wanna watch her!”

Since working with Oprah, Kristina has branched out on her own, creating mom-centric videos about raising children and juggling all of life’s challenges. Her messages resonate with moms, dads, and even those who don’t have children. She has quickly become a viralsensation with well over 2.7 million Facebook followers. Kristina has a voice and personality that has proven to be a hit with a massive audience (from young millennials through Gen-Xers and even Baby Boomers).

The Huffington Postreferred to Kristina’svideos as “Parenting comedy at its finest,” and The Inquisitrhas praised her “witty charm.” People, Yahoo,Cosmopolitan, UsWeekly, Parents,and many more have posted articles on her creative parenting advice and unique humor, and media outlets across the country are picking up her videos and re-posting them. Kristina has quickly made a name for herself as a creative, yet unpretentious parent, as well as a world-renowned motivational speaker and comedian. She is currently touring the country with her “Hope & Humor” tour. Her first book, Hold On But Don’t Hold Still, will be released through Penguin Random House in February 2020.

Kristina and her husband live in Southern California, where her most important, rewarding, and exhausting roles include being a sanitation engineer, chef, chauffer, conflict resolution guru, and cheerleader for her three (mostly satisfied) clients –her children.