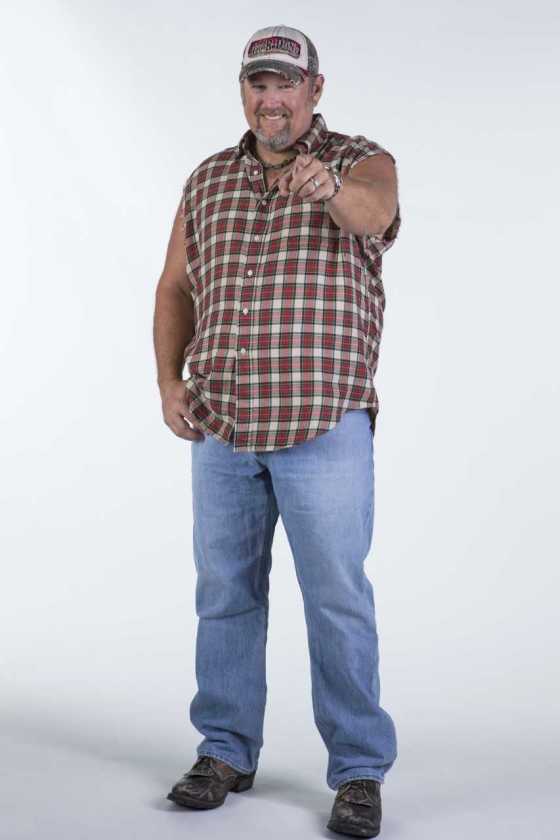 Larry the Cable Guy is a multiplatinum recording artist, Grammy nominee, Billboard award winner and one of the top comedians in the country. He has his own line of merchandise and continues to sell out theatres and arenas across the United States. Larry has created The Git-R-Done Foundation, which was named after Larry’s signature catchphrase, and has donated more than 7 million dollars to various charities.

Larry The Cable Guy will be heading out on a tour with the iconic band Styx in the spring of 2019. He has a comedy special with Jeff Foxworthy, which is currently available on Netflix. In addition, Larry launched his own comedy channel “Jeff and Larry’s Comedy Roundup” on SIRIUSXM. The channel is a partnership with SIRIUSXM and Jeff Foxworthy. It showcases the best in great American comedy. You’ll hear hilarious material from this dynamic duo as well as comedy from some of their personal favorite comedians.

Larry starred in the movie "Jingle all the Way 2" for FOX Home Entertainment. The movie was released on DVD December 2, 2014 and also aired on the USA network. Other recent film credits include "A Madea Christmas," "Tooth Fairy 2" (2012), "Witless Protection" (2008), "Delta Farce" (2007) and his first feature "Larry the Cable Guy: Health Inspector" (2006). When Health Inspector was released on DVD in August, 2006 it sold more than 1 million copies in the first week of release.

Larry is the voice of the beloved 'Mater' in the Golden Globe winning animated feature film "Cars" (2006) and "Cars 2" (2011) from Disney/Pixar. Both movies opened number one at the box office and combined have grossed more than 1 billion dollars worldwide. Larry returned as the voice of Mater for "Cars 3", which came out in theaters last year.

Larry hosted "Only in America with Larry the Cable Guy" on History for three seasons. The show premiered in 2011 and was a huge ratings success. In each episode, Larry visited various sites across the country revealing bits of real history while immersing himself in new and different lifestyles, jobs and hobbies that celebrate the American experience. It was recently licensed by AXS TV. Larry was also the star of the CMT animated show "Bounty Hunters", which reunited him with Jeff Foxworthy and Bill Engvall.

In early 2012 "Them Idiots Whirled Tour" starring Larry, Jeff Foxworthy and Bill Engvall aired on CMT. The show was released on DVD and CD by Warner Bros/Jack Records, debuting at number one on the Billboard Comedy Charts. On July 4, 2009 at Memorial Stadium in Lincoln, NE, Larry performed in front of more than 50,000 and taped his hour special Tailgate Party for Comedy Central. The show was a thank you to his fans and Nebraska for their longtime support of him. Tickets were sold for only $4.00 and the show sold out in one weekend. The special aired on January 31, 2010 and the DVD was released on February 2, 2010. The comedy CD of the same name debuted at number 1 on the Billboard Comedy Charts.

On March 15, 2009, The Comedy Central Roast of Larry The Cable Guy aired and the show, which Larry executive produced, is one of the highest rated roasts in Comedy Central history, attracting 4.1 million viewers. Larry has also hosted and executive produced three Christmas specials for both VH1 and CMT. The variety style shows were all huge ratings successes for those networks.

His first comedy album release "Lord, I Apologize" has reached gold status, selling more than 500,000 copies. The CD was # 1 on the Billboard Comedy Charts for fifteen weeks in a row. Larry‘s DVD special "Git-R-Done", has sold more than 1 million copies and has been certified platinum. Larry also starred in Blue Collar TV a sketch comedy series for The WB network which premiered on July 29, 2004. 5.4 million people watched the show and it was the second most watched show on television in that time period.

Larry’s comedy CD "Morning Constitutions" was released in 2007 and debuted at # 1 on the Billboard Comedy Charts. His previous release, The Right To Bare Arms (Jack Records/Warner Bros. Records) debuted at # 1 on the Soundscan Comedy Chart, # 1 on the Country Chart, and # 7 on the Top 200 Chart. This marked the first time in the history of Soundscan that a comedy album has charted at # 1 on the Country Chart. It has been certified gold (500,000 units) by the RIAA. "The Right To Bare Arms" also received a Grammy nomination. His first Christmas CD, "A Very Larry Christmas" has also been certified platinum (1,000,000 units).

The Git-R-Done Foundation is a non-profit organization established in 2009 by Larry and his wife, Cara, as a focal point for the family’s philanthropy. Emphasizing children’s and veteran’s causes, The Git-R-Done Foundation has donated to great organizations such as The Arnold Palmer Hospital, Operation Homefront and Madonna Rehabilitation Hospital.