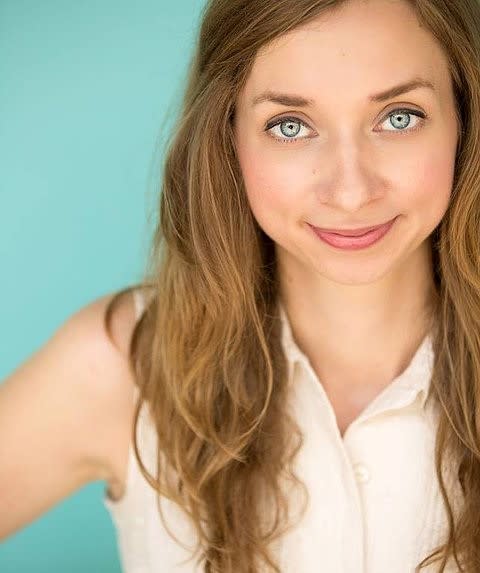 Lauren Lapkus is an actress and improviser best known for her role as Susan Fischer on Netflix's "Orange is the New Black", which won her a SAG award in 2014. Most recently, you can see her in "Jurassic World", as Vivian, a character that provides brilliant comic relief in the film, which has broken records with a worldwide box office of $1,670,400,637 to date.

Lauren wrote and starred in her own 30 minute Netflix comedy special as part of the series, "The Characters". Other episodes in the series feature top comedians including Paul Downs, John Early and Kate Berlant. She will next be seen recurring on the upcoming HBO series "Crashing", produced by Judd Apatow.

Lauren's other credits include series regular roles on the series "Clipped" for TBS and "Are you There, Chelsea?" for NBC. She recurred on Showtime's "House of Lies" and has appeared on "Kroll Show", "Key & Peele", "Meltdown with Jonah and Kumail", "Another Period", "Drunk History", and the features "Blended", starring Adam Sandler and Drew Barrymore, and Matthew Weiner's "Are You Here", starring Zach Galikianakis and Owen Wilson. She has lent her voice to several animated series including "Bob's Burgers", "Adventure Time", and HBO's "Animals".

Earlier this year, Lauren toured 19 cities in North America with Scott Aukerman and Paul F. Tompkins, doing 28 live shows with "Comedy Bang! Bang!" You can hear Lauren every week on the Earwolf podcast "With Special Guest Lauren Lapkus," which debuted at #1 on iTunes Comedy podcasts.

On stage, Lauren is a part of Wild Horses, Bangarang! and ASSSSCAT, all performing at The Upright Citizens Brigade Theatre in Los Angeles.