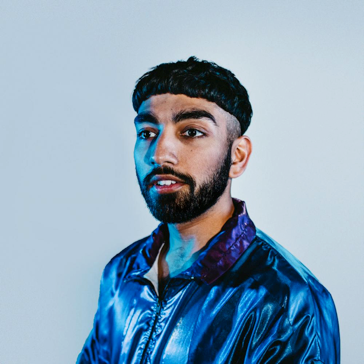 Mawaan Rizwan is a UK-based actor, writer, and comedian. He was born in Pakistan and moved to East London at the age of two. He shot to fame with the success of his YouTube channel, which has attracted over 20 million views. He is currently writing on the second season of the Netflix series "Sex Education".

Mawaanhas hosted two BBC documentary specials, "Getting High for God?" and "How Gay Is Pakistan?" He starred in the six part ITV drama "Next of Kin" as well as the BBC’s BAFTA-winning "Murdered By My Father" and was a cast member on the BAFTA-nominated sketch show "DNN: Definitely Not Newsround" (BBC). He has performed stand-up on "The Big Asian Stand Up" (BBC 2) and has appeared on "Loaded" (AMC, Channel 4) and "Fine By Five" (BBC 3).Mawaanhas written for the children’s TV series "Spot Bots" (BBC) and "Apple Tree House" (BBC).

Mawaan was the co-host of the BBC Asian Network radio show "The Mawaan & Emily Show" with Emily Lloyd-Saini. Last year, he supported Simon Amstell on tour and his Edinburgh 2018 show "Juice" was a critical and commercial success, performing to sell-out audiences.