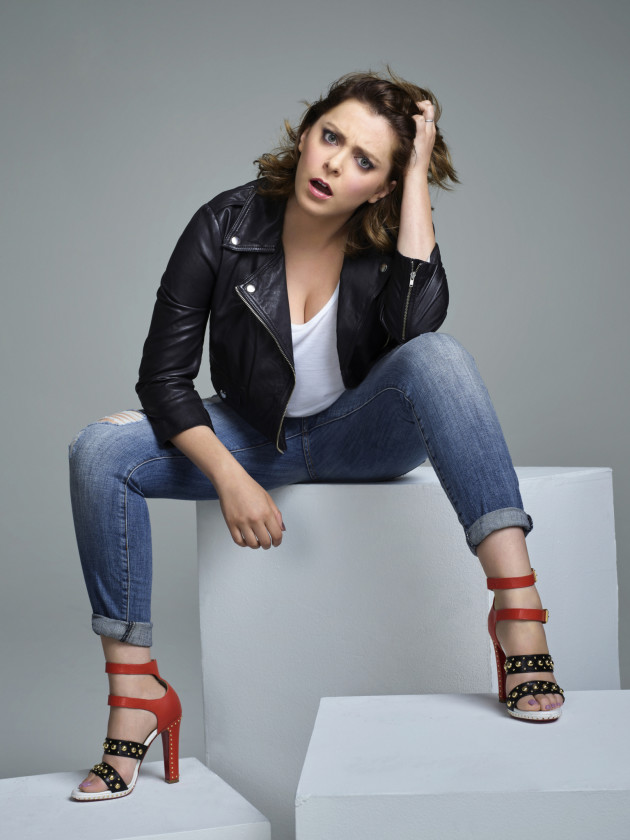 Rachel Bloom currently stars in the network musical comedy “Crazy Ex-Girlfriend,” which she co-created and executive produces alongside Aline Brosh McKenna. Bloom stars as Rebecca Bunch, a successful, driven, and arguably crazy young woman who impulsively gives up everything–partnership at a prestigious law firm, an upscale apartment in Manhattan–in a desperate attempt to find love and happiness in suburban West Covina, California. The series debuted on The CW Network on October 12, 2015 to positive reviews. For her performance, Rachel won both the 2016 Golden Globe® for Best Actress in a TV Series–Musical or Comedy and Critics’ Choice Award for Best Actress in a TV Comedy. She has also been included in myriad “Best Performers of 2015” lists.

The show was renewed for a second season and premiered in the Fall of 2016.

Bloom has been prominently featured in The New York Times Magazine, Elle, Entertainment Weekly, Time, and Backstage, among others.

Well known for her comedy music videos on YouTube under the name "Racheldoesstuff," her channel currently has over 60,000 subscribers. Bloom released her first Internet music video "F'ck Me, Ray Bradbury" in 2010. The video went viral and was nominated for a Hugo Award for "Best Dramatic Presentation: Short Form" and won “Best Music Video” at Dragon Con. Her comedic music videos have appeared on the Onion/AV Club, Jezebel, Huffington Post, Buzzfeed and Cracked, among others.

In 2012, Bloom performed in the Just for Laughs Comedy Festival in Montreal in the "New Faces: Characters" Showcase. She performs all over Los Angeles, and her other touring performance credits include Fun Fun Fun Fest, the Arlington Drafthouse and The Limestone Comedy Festival. Her past acting work includes “How I Met Your Mother” and “The Fuzz”; voice work includes “Bojack Horseman,” “Robot Chicken” and the CW web-series “Very Mallory.” She has written and starred in two live musical sketch comedy shows at the Upright Citizens Brigade Theater in Los Angeles and New York: Rachel Bloom is a Triple Threat!!! and Sing Out, Louise! Her writing credits include Adult Swim's “Robot Chicken,” Fox's “Allen Gregory,” and Lucasfilm's upcoming “Star Wars Detours.” She has also released two albums: “Please Love Me” (a compilation of old/new hits) and “Suck It, Christmas!!! (A Chanukah Album).”

After attending NYU’s Tisch School of the Arts for theater, where she served as head writer and director of theprestigious Hammerkatz sketch group, Bloom studied improv and sketch at Upright Citizens Brigade Theater in New York. She has been named one of Variety’s “10 Scribes To Watch” for 2015, as well as a “Comic to Watch” by Cosmopolitan, Time Out LA and other publications.

She currently resides in Los Angeles.