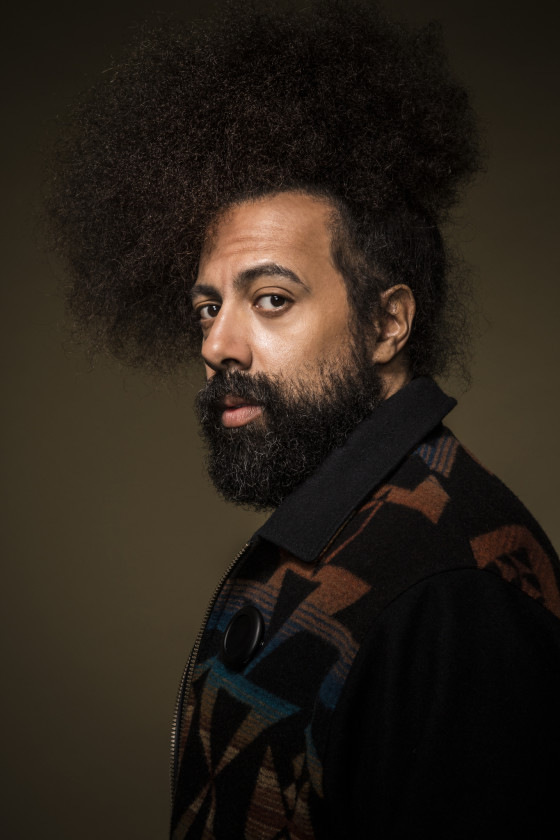 Reggie Watts is an internationally renowned vocal artist/beatboxer/musician/comedian who wows audiences with his live performances which are 100% improvised. Using his formidable voice, looping pedals, and his vast imagination, Reggie blends and blurs the lines between music and comedy. No two performances are the same and to that end, ”genius” is the word most often used to describe Reggie Watts. LA Weekly crowned him ”the most wildly inventive new talent of the past five years” while New York Magazine hailed Reggie as “Spectacularly original,” Rolling Stone featured him as “Hot Comedian,” SPIN named him as “Best New Comedian” and the LA Times praised Reggie is “a superstar.” Rolling Stone also listed him as one of the “50 best stand-up comics of all time”.

As a solo performer, Reggie was handpicked by Conan O’Brien to open nightly on Conan’s sold out North American “Prohibited From Being Funny on Television” tour. Reggie released his debut comedy CD/DVD "Why $#!+ So Crazy?" on Comedy Central Records in May 2010 and it was made available on Netflix June 2013. At the invitation of Jack White, Reggie recorded "Reggie Watts Live at Third Man Records," now available in limited edition vinyl. Reggie has performed sold out headlining tours in the US and Europe, performed sets at Bonnaroo, SXSW, Bumbershoot and more. At the prestigious TED Conference he received a standing ovation. He recorded his facinatingly sublime original score to the Ridley Scott film “Legend” to a sold out house at SF Sketchfest and made the soundtrack available for free download online. "Reggie Watts: A Live At Central Park" is out on CD/DVD via Comedy Central Records. He is a founding member of JASH.com which launched Spring 2013 with fellow founders Michael Cera, Sarah Silverman and Tim and Eric. Many of his original videos have gone viral.

As a musician, Reggie can be seen as musical co-hort in the IFC series “Comedy Bang! Bang!” and in his many “Reggie Makes Music” videos. He joined LCD Soundsystem as guest onstage at the final NY shows and he appears in the documentary “Shut Up And Play The Hits.” Reggie also sang on Regina Spektor’s "Dance Anthem of the 80s" and toured Europe with her, toured the US with DEVO, was featured in Hot Chip’s “Night and Day” video and recorded an original session for the Daytrotter series. As the frontman for Seattle rock outfit Maktub, Reggie and his band released five albums. Reggie composed original music for “Louie” on FX and performed the theme song for “Comedy Bang! Bang!”

On screen, Reggie co-stars in the IFC series “Comedy Bang! Bang!” His special "Reggie Watts: A Live At Central Park" aired on Comedy Central in May 2012. He also has appeared multiple times on "Conan," and on "Late Night With Jimmy Fallon," "Jimmy Kimmel Live," John Oliver’s "Stand-Up New York," HBO’s "The Yes Men Save The World," IFC, Comedy Central’s "Michael and Michael Have Issues," UK’s "Funny Or Die," and PBS’ "Electric Company." Spring of 2015, Reggie Watts will be taking on the role of bandleader on CBS’ LateLate Show with James Corden, premiering March 23, 2015. His stand-up special “Spatial” is currently available on Netflix.