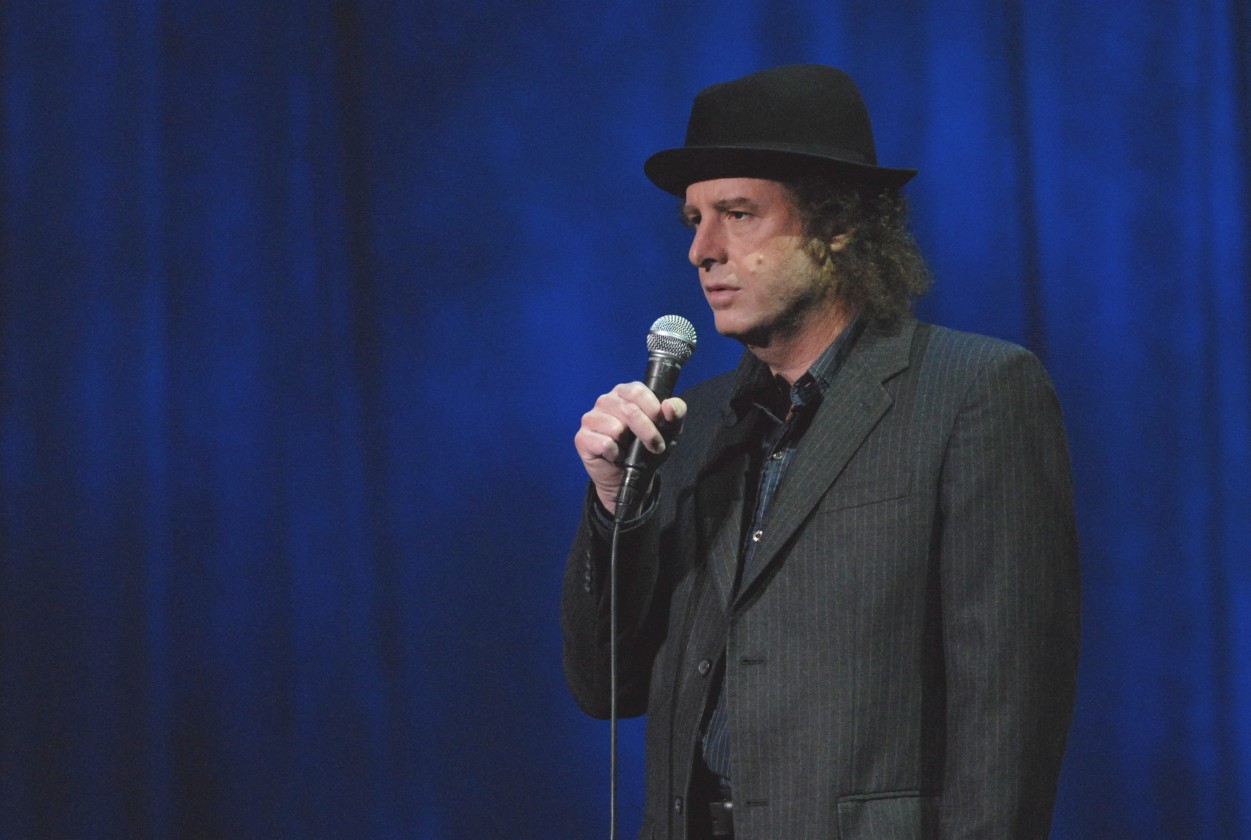 Academy Award winner Steven Wright is a prototype comedian that many others continually try to follow. One of four children, Wright was raised in Burlington, MA. Upon graduating from Emerson College and holding a bevy of odd jobs, Steven attended an “open mike” audition and became a regular performer at Ding Ho’s Comedy Club and Chinese Restaurant in Cambridge, MA.

It was during this time that Steven got his big break and was booked for his first “Tonight Show” appearance on Friday, August 6, 1982. The king of late night enjoyed the performance so much he invited Steven to appear again the following Thursday, a rarity on “The Tonight Show.” His back-to-back appearances helped put his fledgling career into high gear. The comic soon found himself performing his off-beat routines on “Saturday Night Live,” “Late Night with David Letterman,” and numerous trips back to “The Tonight Show with Johnny Carson.”

Wright expanded his comedy career to include comedy albums, film and television appearances. His 1985 debut album, "I Have A Pony," earned him a Grammy nomination. In 1985, Steven starred in his first HBO Special “A Steven Wright Special.” In 1989, Steven was honored with an Academy Award for Best Short Film for his film entitled “The Appointments of Dennis Jennings” in which he starred and co-wrote. Other stars of the film included “Roseanne’s” Laurie Metcalf and British comedian, Rowan Atkinson. In September of 1990, Steven starred in his second stand-up special for HBO called “Wicker Chairs and Gravity.” The special included stand-up from The Winter Garden Theatre in Toronto and a short film shot on location in New York and New Jersey.

Steven has been seen in numerous films including “Desperately Seeking Susan,” Mike Meyers’ “So I Married An Axe Murderer,” Oliver Stone’s “Natural Born Killers,” and Nora Ephron’s “Mixed Nuts.” Steven was the voice of the DJ, K-Billy in “Reservoir Dogs” and starred with John Cleese and Jack Palance in New Line’s animated film, “The Swan Princess” as the voice of Speed, the turtle. Steve also appeared as a sitcom actor in MGM’s “Speechless” with Harry Shearer, and as a Mountie in the MGM release “Canadian Bacon”, opposite the late John Candy.

In 1999, Steven played a guest starring role in Albert Brooks’ film “The Muse” starring Brooks, Sharon Stone, Andie MacDowell, and Jeff Bridges. In ‘98 he played a supporting role in Dave Chappelle’s “Half-Baked” and was a featured voice in “Babe 2: Pig in the City”.

Steven wrote, directed and stars in the 1999 short film, “One Soldier,” the story of a man obsessed with the unanswerable questions in life. The film was screened at numerous film festivals and can be seen on the Independent Film Channel.

Steven was also seen in the Jim Jarmusch film “Coffee and Cigarettes” and the film “The Aristocrats.”

In October of 2006, Steven premiered the hour special, “When The Leaves Blow Away,” on Comedy Central. The special was released on DVD in April 2006 and includes Steven’s 1999 short film “One Soldier” and a segment of a 1988 performance at a Boston comedy club.

Steven’s second CD, “I Still Have A Pony,” was released by Comedy Central Records on September 25, 2007. The CD earned Steven his second Grammy Award nomination for Best Comedy Album.

On June 15, 2013 Steven received The Johnny Carson Comedy Legend Award. The award is given each year to a celebrated comedian who has been influenced by Carson in some way and has left his or her own mark on the comedy world. In past years, award recipients have included Dick Cavett, Cloris Leachman and Ed Asner.

Steven was nominated for an Emmy Award as a Producer on the 2014 season of the hit FX series, "Louie" and continued as a Producer for the 2015 season. He guest starred in two episodes of "Louie" in 2015 and 2011 and can be seen in Louis CK’s critically-acclaimed web series "Horace and Pete."

Steven is a regular guest with Conan O’Brien, Jimmy Kimmel and Seth Meyers and continues touring the U.S., Canada and overseas.