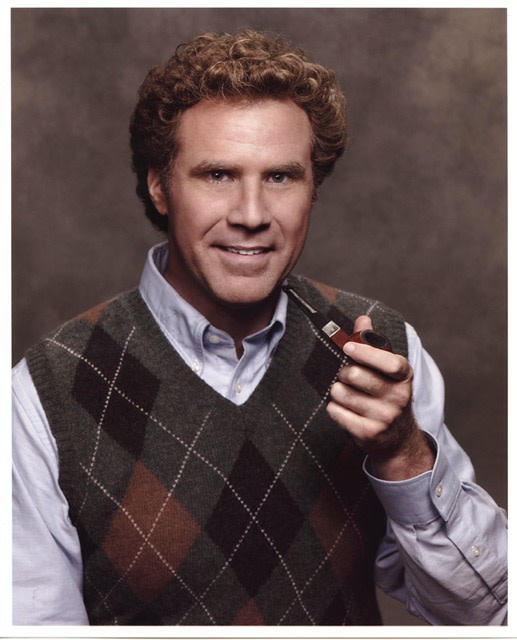 Will Ferrell has come a long way since his days on Saturday Night Live, crossing over from television icon to motion picture star, producer and internet pioneer.

Most recently Ferrell wrapped production on the comedy, The House, where he and fellow SNL alum Amy Poehler star as a couple who lose their daughters college fund and open an underground casino in the suburbs. The House is directed by Andrew Cohen and is being produced by Gary Sanchez Productions and Good Universe.

In February of 2016, Ferrell will reprise his role of “Mugatu” in Zoolander 2, the sequel to the 2001 film Zoolander. He stars alongside Ben Stiller and Owen Wilson as well as Penelope Cruz and Kristen Wiig.

Ferrell’s latest release, Daddy’s Home directed by Sean Anders and John Morris as well as produced by Gary Sanchez, premiered December 25th of 2015. Daddy’s Home centers on a modest suburban businessman looking to be the best stepdad possible to his new wife’s children just as their reckless and heroic birth father, played by Mark Wahlberg comes back into their lives. It had an opening weekend gross of more than 38 million and has since made over $180 million.

In the spring of 2015 Ferrell starred in and produced Get Hard where he portrayed a rich hedge fund manager who hires his parking attendant, played by Kevin Hart, to prepare him for prison. Since it’s release, Get Hard has grossed more than 100 million globally.

Just a few months later Will starred in the Lifetime original drama A Deadly Adoption alongside Kristen Wiig.

The year prior, Ferrell lent his voice to the character of “Lord Business” in the Warner Bros. animated film, The Lego Movie, which has gone on to earn over $441 million in the worldwide box office.

In 2013 Ferrell reprised his role as Ron Burgundy, the character he made famous in Paramount Pictures’ 2004 comedy,Anchorman: The Legend of Ron Burgundy. In Anchorman 2: The Legend Continues, Ron and the Channel 4 news team headed to New York City to help start the world’s first 24 hour news station. Ferrell co-wrote both films with director Adam McKay under their Gary Sanchez production shingle and Anchorman 2: The Legend Continues has earned over $172 million worldwide to date.

Prior to Anchorman 2: The Legend Continues and The Lego Movie, Ferrell starred opposite Zach Galifianakis in Warner Brother’s The Campaign, and the ambitious Casa de mi Padre, a comedy spoof in the Latin American telenovela style, filmed entirely in Spanish. Ferrell’s many previous film credits also include Elf, Old School, and the screen adaptation of The Producers, which earned him his first Golden Globe nomination in 2006 for Best Supporting Actor. In 2007, Ferrell earned his second Golden Globe nomination (Best Actor in a Comedy or Musical) for his portrayal of IRS agent Harold Crick in Stranger Than Fiction.

In 2006 Ferrell starred in the hit comedy Talladega Nights: The Ballad of Ricky Bobby with co-stars John C. Reilly and Sacha Baron Cohen. Earning nearly $150 million at the U.S. box office, the film became the season’s #1 comedy (non-animated) and continues to set records on DVD.

Ferrell earned a 2009 Tony Award nomination for his Broadway debut, headlining the sold-out, Tony Award-nominated one-man comedy show Will Ferrell: You're Welcome America. A Final Night with George W Bush, directed by Adam McKay, in which he perfected his infamous Saturday Night Live characterization of President Bush. At the end of its Broadway run, Ferrell performed the show, live, in its entirety on HBO, earning a pair of Emmy Award nominations for Outstanding Comedy Special and Outstanding Writing.

In 2007, Ferrell and McKay founded the overwhelmingly popular and award-winning video website Funnyordie.com. With hundreds of exclusive celebrity videos and a steady stream of huge viral hits, Funny Or Die has become the “place to be seen” for comedic celebrities, and the obvious destination for a daily comedy fix. The site's first video, “The Landlord,” has received over 81 million views and features Ferrell confronted by a swearing, beer-drinking two-year-old landlord. The site averages over 20 million unique visitors per month and over 60 million page views per month.

Ferrell starred for seven seasons on NBC’s seminal late-night hit Saturday Night Live, after taking the nation by storm during the show’s Indecision 2000, with his portrayal of President George W. Bush. Some of his most memorable “SNL” characters include Craig the Spartan Spirit Cheerleader, musical middle school teacher Marty Culp, and Bush. Among his many impressions were Janet Reno, Alex Trebek, Neil Diamond and the late, great Chicago Cubs sportscaster Harry Caray. His work on SNL earned two Emmy nominations in 2001 (Outstanding Individual Performance in a Variety or Music Program, and Outstanding Writing for a Variety, Music or Comedy Program).

A testament to his impact on the American comedic landscape, Ferrell was named the recipient of the 2011 Mark Twain Prize for American Humor. The award recognizes people who have had an impact on American society in the same vein as social commentator, satirist, and creator of memorable characters, Samuel Clemens (Mark Twain). Previous recipients of the prize include comedy greats such as the late Richard Pryor, George Carlin, Lorne Michaels, Steve Martin, and Tina Fey.

Raised in Irvine, California, Ferrell graduated USC with a degree in sports information. He worked as a sportscaster on a local weekly cable show before enrolling in acting classes and stand-up comedy workshops and was eventually asked to join the esteemed comedy/improv group The Groundlings after just one year of training. It was at The Groundlings that Ferrell was discovered for “Saturday Night Live.”