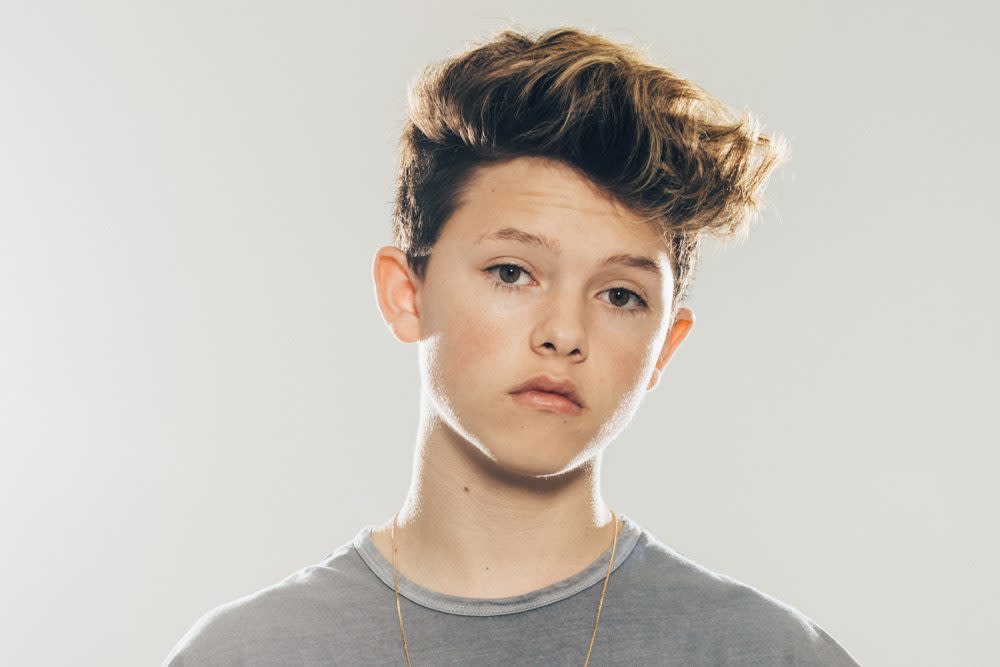 Jacob is the top teen influencer – topping the charts online and in music.  He reaches over 20 million followers across his platforms and is a true social media phenomenon. In over a year, he has attracted an audience of more than 12 million on Musical.ly, 6.6 million on Instagram, more than 900K views per Snap. Following the announcement of his official YouTube channel, he rapidly amassed over 1 million subscribers and over 30 million views. He is the #1 most engaged user on Instagram, and the 5th most engaged on Twitter. Jacob first single “Sweatshirt” reached #5 on Pop Charts and #10 on iTunes. Jacob performed at Vidcon in Anaheim to a packed arena which drew thousands of fans with lines around the block to get into the show. Most recently, Jacob announced his latest EP “The Last Text” and will be touring starting in the new year. Jacob was number 9 of 10 on Google’s most searched music artists in 2016. The list includes Beyonce, Kanye West and more. The article, which was posted by CBS News can be found online here.