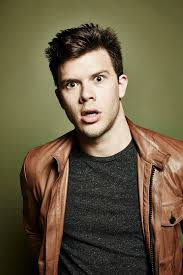 Jimmy Tatro began his career as the creator and star of the YouTube channel, Life According to Jimmy. This online community – dedicated to exposing the common, yet awkward, situations of college – amassed a viral following of loyal fans. Jimmy went on to star in Sony’s 22 JUMP STREET opposite Channing Tatum and Jonah Hill for directors Phil Lord and Chris Miller. He was also seen in the movie BLUE MOUNTAIN STATE: THE RISE OF THADLAND for Lionsgate, GROWN UPS 2 for Sony and in a supporting role in Tyler Perry’s BOO! A MADEA HALLOWEEN. In 2017, Jimmy starred in Critic’s Choice Awards nominated AMERICAN VANDAL for director Tony Yacenda, Funny Or Die, and Netflix. The trailer for AMERICAN VANDAL was the most viewed trailer in FOD history and he was nominated for a Critic’s Choice Award for Best Actor in a Limited Series. Most recently, he landed the lead in the second season of Greg Garcia’s anthology series THE GUEST BOOK for TBS. He just wrapped production on season 2 of his web series REAL BROS OF SIMI VALLEY for Facebook Watch. Jimmy created, wrote, directed and executive produced the show.