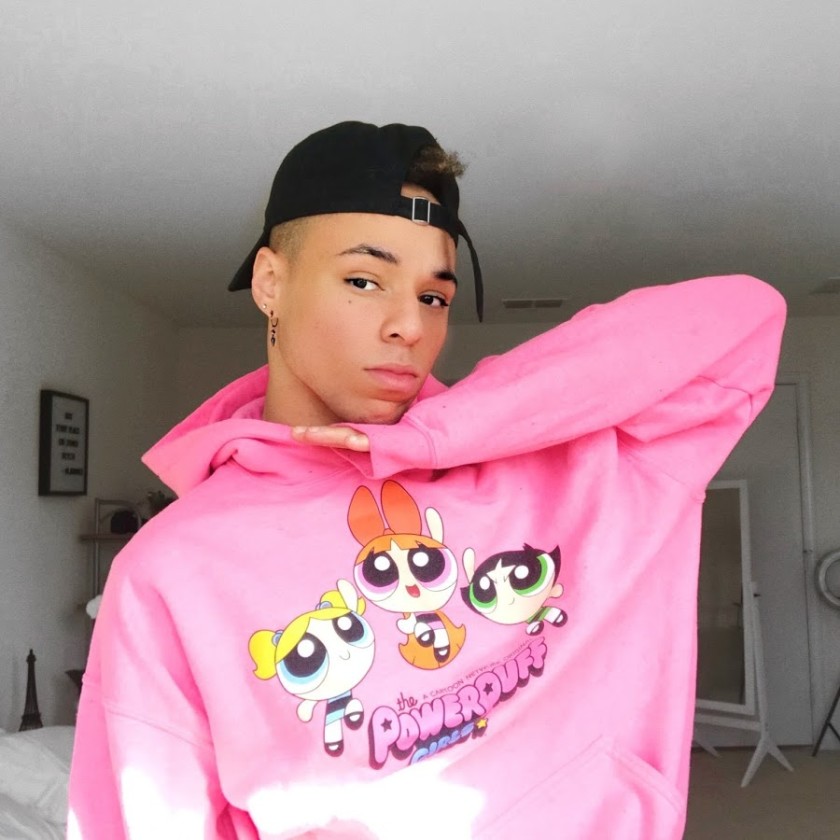 When Larri Merritt – better known as Larray – started posting videos on Vine, he had no idea that it would all take off, nor did he have any intention for that to happen. But when the California native made a satirical rap video called “First Place” and posted it on both YouTube and Musical.ly, he began getting wildly popular. “These two things were going crazy at the same time,” he says, “and then people made a dance challenge to my song, which made it blow up even more. Right after that I did this gaming thing called Roblox. People love seeing me do gaming and it’s still one of my most viewed videos.”

It’s easy to see why people are drawn to Larray’s videos. Whether he’s showing his grandmother “First Place”, trolling homophobic gamers on Roblox and Fortnite or reading out and responding to insults he’s received online, Larray is a genuinely funny person full of humanity, humility and compassion. He uses those traits and his humor to counteract hate and bigotry but also offers support and solidarity to people who need it.

“What made me start talking about being gay openly,” he explains, “was getting messages from people saying I helped them come out to their parents – and the fact that me going online and being myself can help people be themselves is just everything I could ever want in my life.”

With more than two million subscribers on YouTube and almost 800,000 followers on Instagram, Larray’s positive, life-affirming and hilarious influence continues to grow steadily – the result of his incredible power of being able to not just put a smile on someone’s face, but also make them laugh out loud. With plans to make an EP, increase his content output on YouTube and go on tour, his is a name that you’ll be seeing and hearing a lot more of – and it’s one that’s going to help make the world a better place.