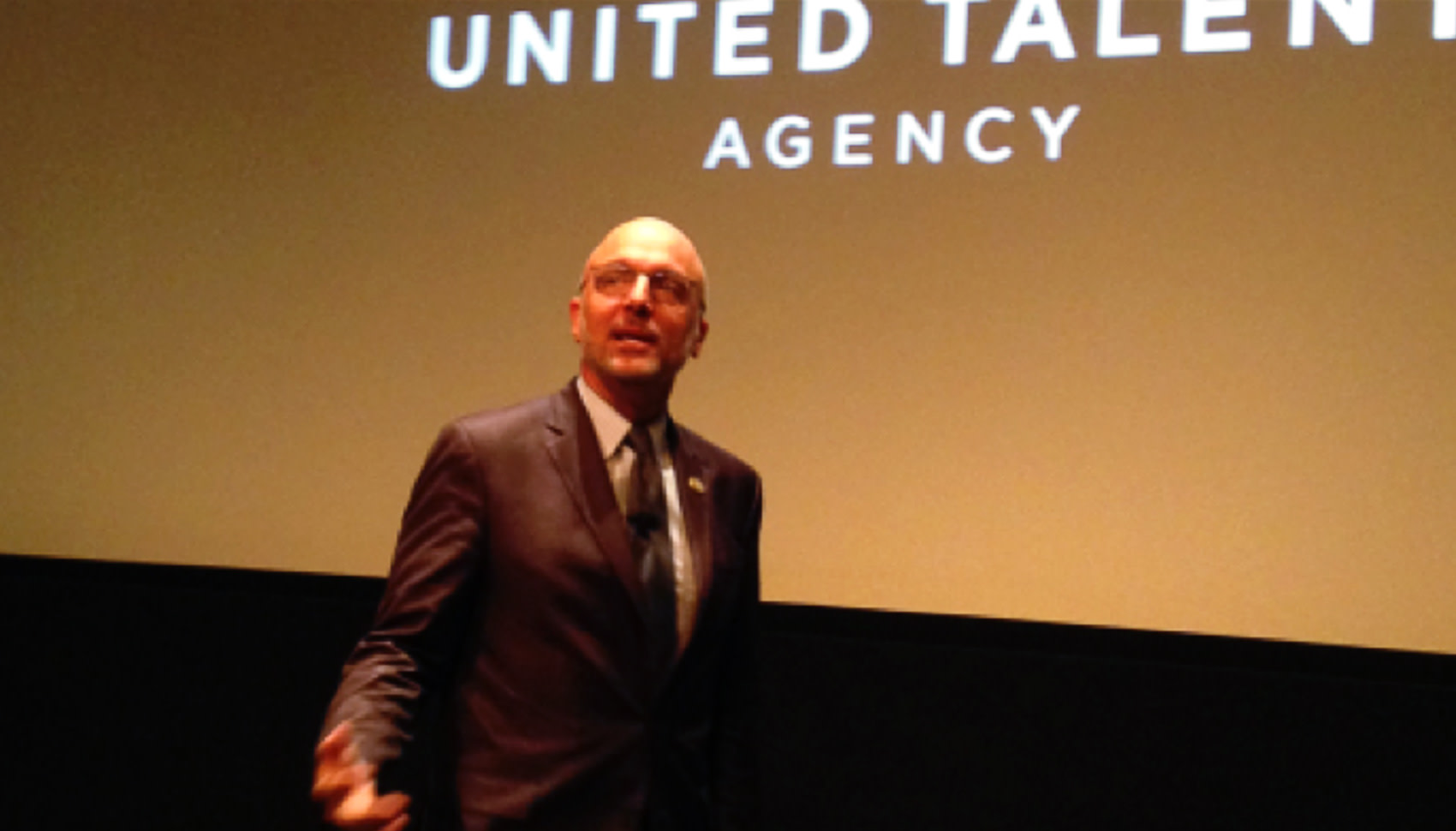 Congressman Ted Deutch today in a meeting at UTA urged Hollywood celebrities to launch a cavalcade of support on social media for the children’s crusade for gun violence prevention. Deutch, a Democrat who represents Florida’s 22nd congressional district, which includes the city of Parkland, spoke this afternoon to more than 200 agents and staffers at an event hosted by the talent agency – two of whose employees are alumni of the Marjory Stoneman Douglas High School, where six weeks ago today a gunman murdered 14 students and three educators.

The shooting prompted students from Stoneman Douglas to take hold of the national narrative about gun violence in a surge of protest that this country hasn’t seen from the young since Vietnam. This issue has become, in way, this generation’s Vietnam as teens across the country are dying in mass shootings and from gun violence daily. These kids are now known as being part of ‘the mass shooting generation’ since it has been going on since they were babies. Now they are rising up on the airwaves and social media for the sake of public safety.

“These kids have been remarkable on social media,” he said of the students who organized last Saturday’s nationwide The March for Our Lives. “You have lots of clients and friends and others who are really engaged on social media, and to the extent that they are comfortable getting out in front of this issue – and you don’t have to be way, way out in front – but it’s in your clients’ interest to be out there because the American people really want something done here. And they are sick and tired of a Congress that won’t even act and won’t even bring to the floor legislation that has the support of 90% of the American people … so advancing this issue on social media is really helpful. You can follow and retweet these kids. Social media helps.”

He also urged people to contribute to the victims’ fund for the families of the deceased and those injured as the costs are very high for these families after what they have been through. “There are significant expenses that continue to accrue,” he said. “A lot of people were focused on contributing to the March, which was great and it was a huge success, but there are still real needs, and your support (is needed).”

Deutch, who learned of the school shooting while attending a Congressional hearing in the nation’s capital, flew immediately back to Parkland to meet with the students and their families, and over the next 12 days, to attend one funeral and memorial service after another.

The young students leading the movement have already achieved legislative wins in Florida, he said, although much more needs to be done. His goal and theirs, he said, is to pass legislation outlawing military-style assault weapons nationwide; to require universal background checks for all those who purchase guns, and to put a limit on the number of bullets that can be loaded into gun magazines.

He made it clear, however, that the only way to achieve that is to confront the National Rifle Association’s decades-old obstruction to any meaningful gun reform, and to do that, he said, Democrats must regain control of Congress in November.

And the big push for that, he said, will begin next week when hundreds of legislators from across the country will be holding town hall meetings to tell their constituents where they stand on gun control, and whether or not they will reject campaign contributions from the NRA.

“Just keep talking about the issue,” he said. “What happens every time we go through this … there’s a lot of attention and the NRA continues to pound away and pound away and everyone else sort of moves on. That is not going to happen now because of these kids. That I’m convinced of. We need to support them and ensure that this conversation continues. As we head into elections, you gotta make sure that every candidate you are asked to support stands on the side of public safety and morality and against the gun companies.”

Jonathan Beckerman, a UTA talent agent who is a native of Parkland and an alum of Marjory Stoneman Douglas, introduced the congressman and thanked his agency for the support its shown and for its fundraising efforts on behalf of the Parkland community and The March for Our Lives.

“That week,” he said of the school shooting, “being 3,000 miles away from home, I simultaneously have never felt so far away but also so close to home that I did here in that week. As an alumni of the school and a native of Parkland, this issue of gun violence – as it is for so many other people in this nation and around the world – is now a deeply personal one for me now … to go from the safest town in Florida to this, it was truly unfathomable.”

Beckerman is not the only MSD alum at UTA. David Buchalter who is at UTA’s recently acquired Greater Talent Network in New York, is also an alum of the school and he used Skype today to hear the Congressman speak.

The agency has also sponsored a talk with Anita Hill to support the #MeToo movement.

This article first appeared on Deadline.com.