Hollywood Agent Jay Sures on Being the New King of WHCD Parties, His Klobuchar Support, & His Fox News Clients

The Daily Beast chatted with the UTA co-president ahead of Saturday's D.C. gala weekend that will include his hot-ticket after-party. 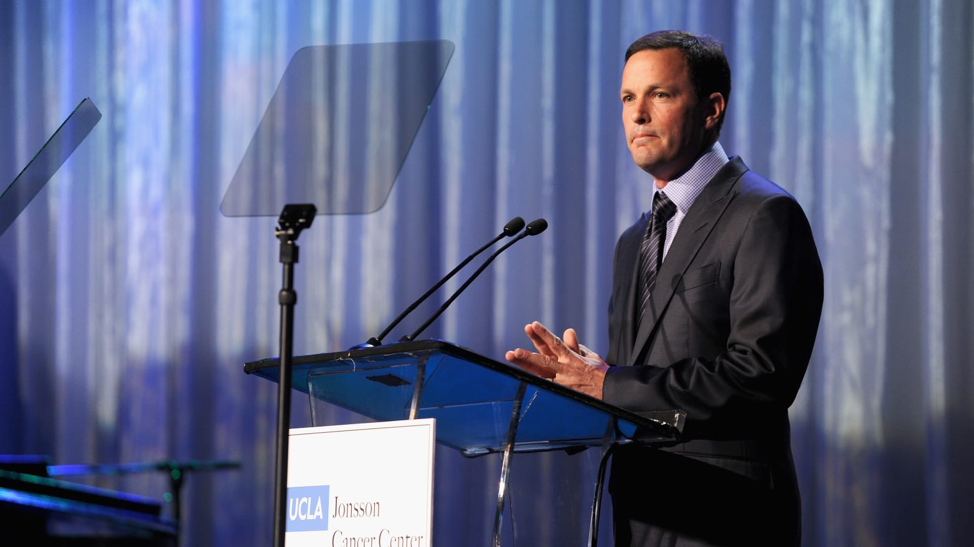 Any social cache the White House Correspondents’ Dinner ever possessed has been drained by the Trump era’s divisiveness, Hollywood’s abandonment of the event, and the increasing discomfort with a political press cozying up to sources they should be aggressively covering.

And while many news organizations have scrapped their annual glitzy parties, one of the most prominent talent agents in America has embraced his role as host of one of the last high-wattage events of the weekend.

“One of the theses of this party was ‘How do we get people from media, entertainment, politics, sports, and get them all in the same room and get them to speak to one another?” he said. “I think we’ve executed on that strategy incredibly well, and as a result everyone wants to go to this party. They want to go because there’s great people there and they get to watch these interactions which are always unique, fun, and sometimes very awkward.”

Over the past few years, the agency has hosted an annual WHCD party that has become a must-attend item for some of the most prominent figures in television news and politics. Earlier this week, Sures chatted with The Daily Beast about the cable news in the era of President Donald Trump, the value of the White House Correspondents’ dinner, why he’s supporting Sen. Amy Klobuchar’s 2020 presidential bid, and why all of his Fox News clients are happy at the network.

THE DAILY BEAST: Is the White House correspondents dinner still important? Has it changed during this administration?

JAY SURES: It’s certainly changed in that this president has decided not to attend it. That’s a pretty big thing not to do that. For that very fact, yes it’s changed. Is it any less important? No. The White House correspondents dinner—our party has always been designed to support and celebrate journalists that we represent and don’t represent who are doing their jobs day in and day out. And so for us, an agency that has the biggest news group of any agency by far, this is an enormous priority for us to celebrate those that are defending our free press. Could it be more fun when you have the president attend and when you have comedians attend? Of course. But it doesn’t make it less important.

Last year, Sarah Huckabee Sanders was one of the big guests at the dinner. Obviously there was the whole thing with her and Michelle Wolf. And a lot of White House correspondents came to Sanders’ defense. But last week, the Mueller report showed that she had misled some reporters [she admitted to lying about hearing from FBI agents who disliked James Comey], even some who had defended her. Should that relationship be rethought? And should journalists take a different approach to celebrating these types of figures?

That’s such a good question. But I don’t know if I’m the right person to answer that question. My sense is the relationship between the White House and the press is a complicated one. Obviously anytime there’s a level of dishonesty it’s going to make the hair on people’s necks stand up. I just don’t know. I don’t know if they’re going to view her worse, better. I think at the end of the day they all need to have a good relationship with one another. It’s in her best interests and the administration’s best interest to have a good relationship with the press and vice versa. But it’s complicated, and I don’t know if I’m the best person to answer that question.

What are some of your most memorable past moments from the dinner or the party that you guys throw?

For our party what has stuck out to me is getting people from different political perspectives that generally wouldn’t interact with one another in the same room to share a cocktail or a glass of wine. That’s special. Every year, at the party we just get some very conservative people and we get some very, very liberal people. Many of them have never met before. It’s always fun to see that interaction take place.

When we designed this party, that was one of the thesis of this party was how do we get people from media, entertainment, politics, sports, and get them all in the same room and get them to speak to one another. And I think we’ve executed on that strategy incredibly well, and as a result everyone wants to go to this party. They want to go because there’s great people there and they get to watch these interactions which are always unique, fun, and sometimes very awkward.

It is one of the more interesting parties for that reason.

Last year you had Kellyanne Conway meeting Michael Avenatti. Now look where they both are.

I remember Scaramucci talking to Avenatti—

How about Scaramucci and Preet Bharara? I think people want to see those people and watch those people engage. It’s kind of interesting. But when you talk about journalists, you’ve got everyone from Brian Kilmeade to Don Lemon. You’ve had Sen. Warner, Sen. Klobuchar there. We’ve had a really good political showing, and I think that’s going to continue this year.

One of the concerns I hear occasionally from people who work at Fox or people who’ve considered working there is the idea that—especially right now—it can be kind of limiting because of the negative associations with Fox News. What are you hearing from your [clients] about the direction of Fox News and do you think it’s true?

I can only say this: We represent a number of people at Fox News. They’re very happy working for Fox News. We represent a number of people who work for MSNBC and CNN. They’re very happy where they work. I don’t buy into the thesis just because you work one place doesn’t mean you can work another place. I think you’re either a good journalist or you’re not a good journalist, and I think the marketplace values good journalists. And in the new world order, we have different types of journalists. I think there’s room for all of them, quite frankly, as we see from the ratings on television. More people are watching news than ever before.

You hosted a fundraiser for Sen. Klobuchar recently. Are you backing her in 2020 and what are you hearing from people in Hollywood about the crop of 2020 candidates?

I like Amy. She’s been a longtime friend of mine. I’m backing her, I really like her. I think she’s just got a great prospective she’s got amazing Midwestern values. She’s a prosecutor, she speaks to an area of the country that I don’t think is spoken to well. Hollywood is going to back Democratic candidates no matter what. It’s in the DNA. And we’ll see where it goes. I would support a Republican candidate if I was close to them and I believed in their policies. John Kasich is a very good friend and a client and he’s a pretty amazing man as well. He’s just not running for president at this moment.

In the past few months, a lot of prominent television news folks have left CAA for UTA. I get these press releases, see these stories about it. Why do you think that is?

I don’t want to go on the record about it, nothing good comes of it. Here’s what I’ll say about United Talent Agency. We bought the Bienstock Agency, which has been in the news business for 50 years. We have a level of expertise that I believe nobody else has. We look at the news business in a way that nobody else does. It is an enormous priority for me and my agency.

What have you learned in the cable news space during the Trump era? Obviously it’s vastly different than what it was pre-2016.

I think we caught lightning in a bottle when we got into the news business. I didn’t have a crystal ball knowing that journalists were going to be like movie stars to a certain degree. I’ve learned that news people, news personalities, journalists are no different than some of our other clients that need true advocacy, and great representation, and representatives that can create a market for them so they can get the best deal possible at these outlets. There are very few outlets right now, think about it. The three networks, and then three cable networks, essentially. Those are the primary employers on the national level. As a result of that, I think there is a need for journalists to have really strong advocacy and representation on their side. It’s critical.

The tabloids have loved the saga of Norah O’Donnell and will she go to Evening News and that’s been a whole big storyline. Why do you think there’s interest in that story and what do you make of it?

I love you, but I’ll never comment publicly about Norah O’Donnell. She’s an amazing journalist and I’m going to let her work speak for itself.

One more thing that’s in the news: I have to ask about the WGA-ATA standoff. How important are these packaging deals for agencies? How big is packaging as a part of UTA’s revenue, and from your perspective why is this such a big deal?

I will say: We would like to make a deal with the writers’ guild. This agency has a history and it is in its DNA of representing writers. I think we have done an amazing job for our clients over 2-plus decades. And like all labor disputes, this one will resolve itself eventually. It’s a bummer that we’re in this situation. I’m hoping I can be part of the solution and we’ll see where it takes us.

This article first appeared on TheDailyBeast.com.