"This Is Our Time to Resist" 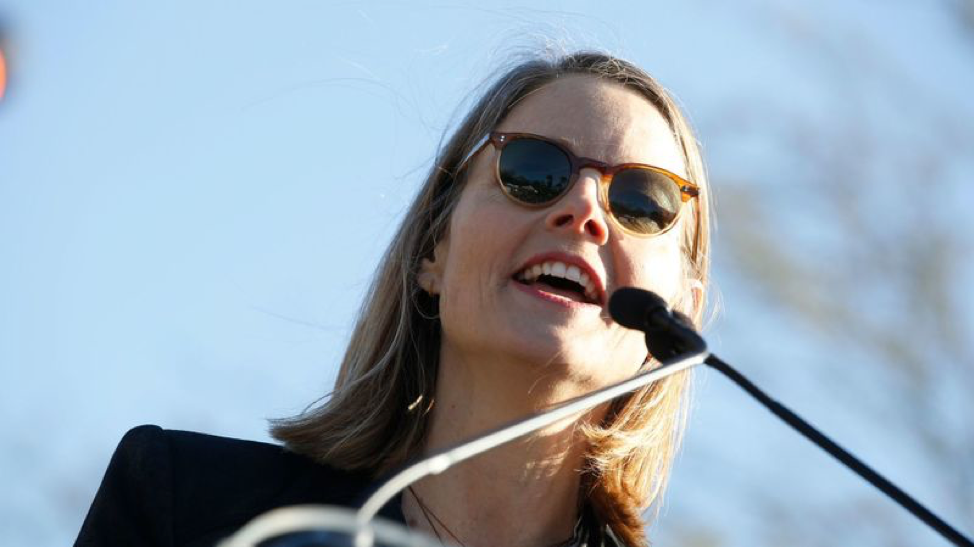 Friday afternoon, two days before the 89th Academy Awards ceremony, a star-studded crowd of nearly 2,000 protesters gathered to decry the policies of the Trump administration, spurred on by Oscars-winners, politicians, and activists with a common message: Keep fighting.

"It's time to show up," urged Oscar-winning actress and filmmaker Jodie Foster, taking the stage at the "United Voices" rally held outside the Beverly Hills headquarters of United Talent Agency. "It's a singular time in history. It's time to engage."

"No matter who you voted for — red or blue, whether you're white, black, or brown, or all the colors of the identity rainbow, this is our time to resist," she continued, eliciting cheers from the crowd. "It's our time to show up and demand answers. It's our time to tell our elected officials to do their jobs."

The rally marked a stark departure from the usual pre-Oscars circuit, in a week when every studio or agency with a nominee to fete competes to throw their own lavish soirees in the lead-up to Sunday's ceremony.

At UTA, that tradition was interrupted when Iranian director Asghar Farhadi announced that he would be protesting President Trump's immigration travel ban by not attending Sunday's Oscars, where he is nominated for Best Foreign Language film for "The Salesman."

The company nixed its own Oscar bash altogether, opting instead to host the "United Voices" rally featuring its own A-list clients and guest speakers from around the world.

"Having a big fun celebration to celebrate the accomplishments of our industry just didn't feel right," UTA CEO Jeremy Zimmer told the Times. "I have nothing against parties, but I felt that this could also be a moment to stand up and say, 'Something's wrong. This doesn't feel right. And we need to pay attention to how this feels at this time in this country.' " 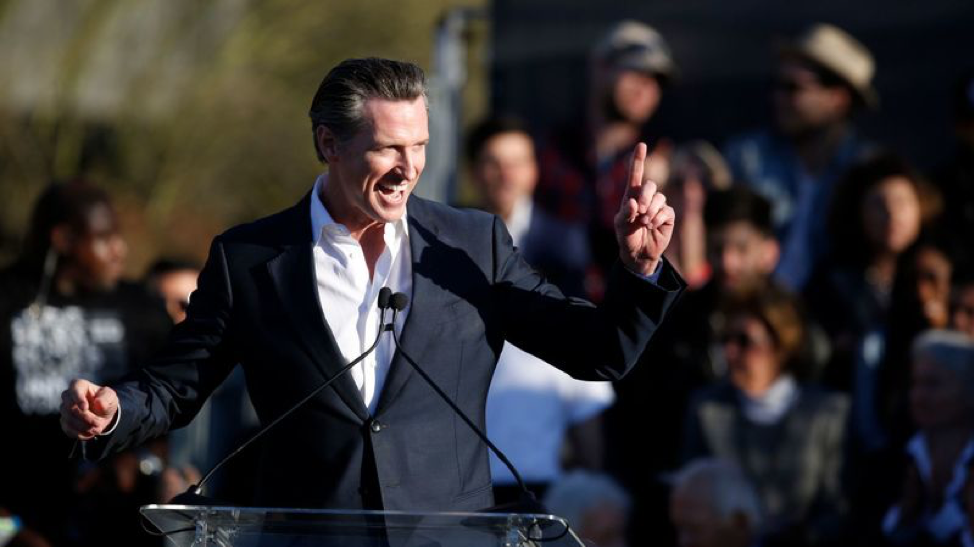 Comedian and actor Keegan-Michael Key was among the first guests to kick off the two-hour rally, where Kristen Wiig, Aaron Paul, Piper Perabo, Jamie Dornan, Nick Offerman, Kat Graham and Bill Nye were among those in attendance. The American Civil Liberties Union and the International Rescue Committee received $320,000 in donations from the event, including $250,000 from UTA and $70,000 raised through the agency's CrowdRise crowdfunding campaign.

Hector Villagra, executive director of the American Civil Liberties Union of Southern California, decried the "hate, the lies, and the bigotry of the Trump regime." Wearing a blue "Stand With ACLU" ribbon, he called for a mass rejection of "Trump's self-centered, scared vision of America."

As the rally swelled to an nearly 2,000 estimated attendees, according to organizers, a handful of pro-Trump supporters walked defiantly together through the crowd.

Dean, who declined to give his full name, traveled from San Pedro to protest the rally's pro-immigration message after hearing about the event the day before. "What brought me out here was Gavin Newsom," he said, holding an American flag. "His policies are offensive to me — the biggest one is his infringement on the2nd Amendment."

Harim Uzziel of Los Angeles wore a "Trump: Make America Great Again" shirt and hat and also expressed support of Trump's executive order. "I'm a Latino and I go hardcore for Mr. Trump. I thought he was a racist at first, I believed all the news and the media, but then I did my research, and I've been on the Trump train hardcore full throttle since."

The overwhelming majority of attendees, many of whom held anti-Trump signs, were not of like mind to the small "MAGA" contingent. A hush fell over the gathering when the rally's special guest, filmmaker Farhadi, appeared via video from Tehran to deliver a minute-long address.

"It is comforting to know that at a time when some politicians are trying to promote hate by creating divisions between cultures, religions and nationalities, the cinema community has joined the people in a commendable show of unity to announce its opposition," he said in his first public appearance since announcing his Oscars protest. "I hope this unity will continue and spread to fight other injustices."

This story first appeared on The Los Angeles Times website.