Fox's Jim Gianopulos is among those wowed by the Rottet Studio-designed offices, rumored to cost $30 million -- including a world-class art collection and all-digital 3D screening room. 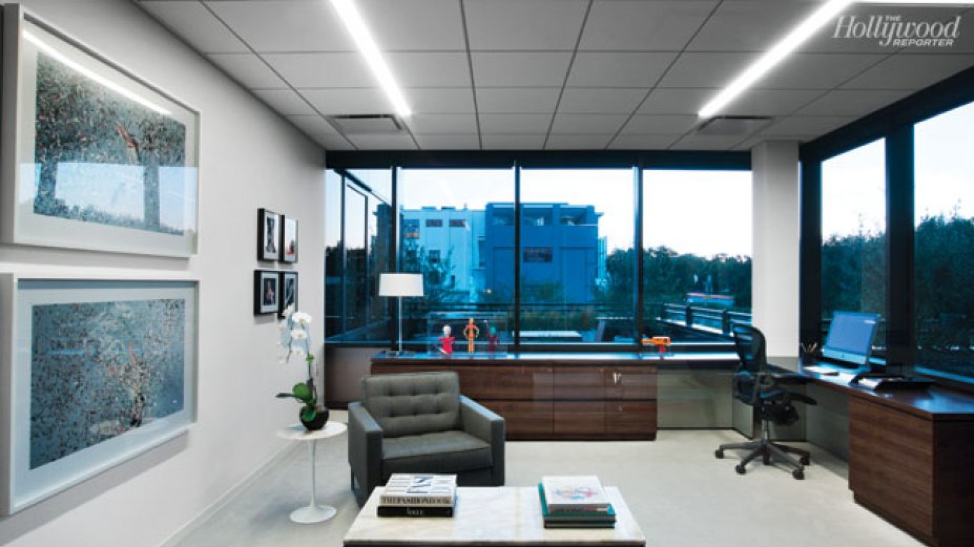 “If you are in the talent business, it’s about making people feel comfortable,” says L.A.-based Rottet principal Richard Riveire. “The architecture is really minimal and crisp and speaks to the strength and prestige that UTA is all about, but then layered on top are these furnishings that are pure hospitality.” Those details include leather-wrapped handrails, warm oak flooring and leather banquettes in the all-digital 3D theater. Says UTA CEO Jeremy Zimmer, who spearheaded the agency’s move, “It’s this great blend of a creative and functional work environment.”

Since its founding in 1991, UTA had been located in the heart of Beverly Hills on Wilshire Boulevard at Rodeo Drive. About four years ago, it became clear that the agency, with 350 employees, had outgrown its home. “We really settled on the need to do something transformative in terms of a new space,” says Zimmer. In late 2011, after a lengthy search, it signed a 15-year lease with Tishman Speyer on the four-story, two-building address, the former headquarters of Hilton Hotels. (UTA’s neighbors in the up-and-coming corporate pocket include Netflix, YouTube and Relativity.)

What drew UTA execs is the complex’s indoor-outdoor vibe, featuring courtyard areas, terraces and, now, a Clementine cafe on site (Pressed Juicery’s potables go quickly). The building, which was completely gutted, was redesigned with an eye toward displaying UTA’s 158-piece contemporary art collection, largely owned and assembled by Zimmer. Among the impressed is Fox Filmed Entertainment chairman and CEO Jim Gianopulos, who recently dropped by: “My first impression is that the offices are amazing. They are really elegant and beautifully done.”

This story first appeared in the March 8 issue of The Hollywood Reporter magazine.