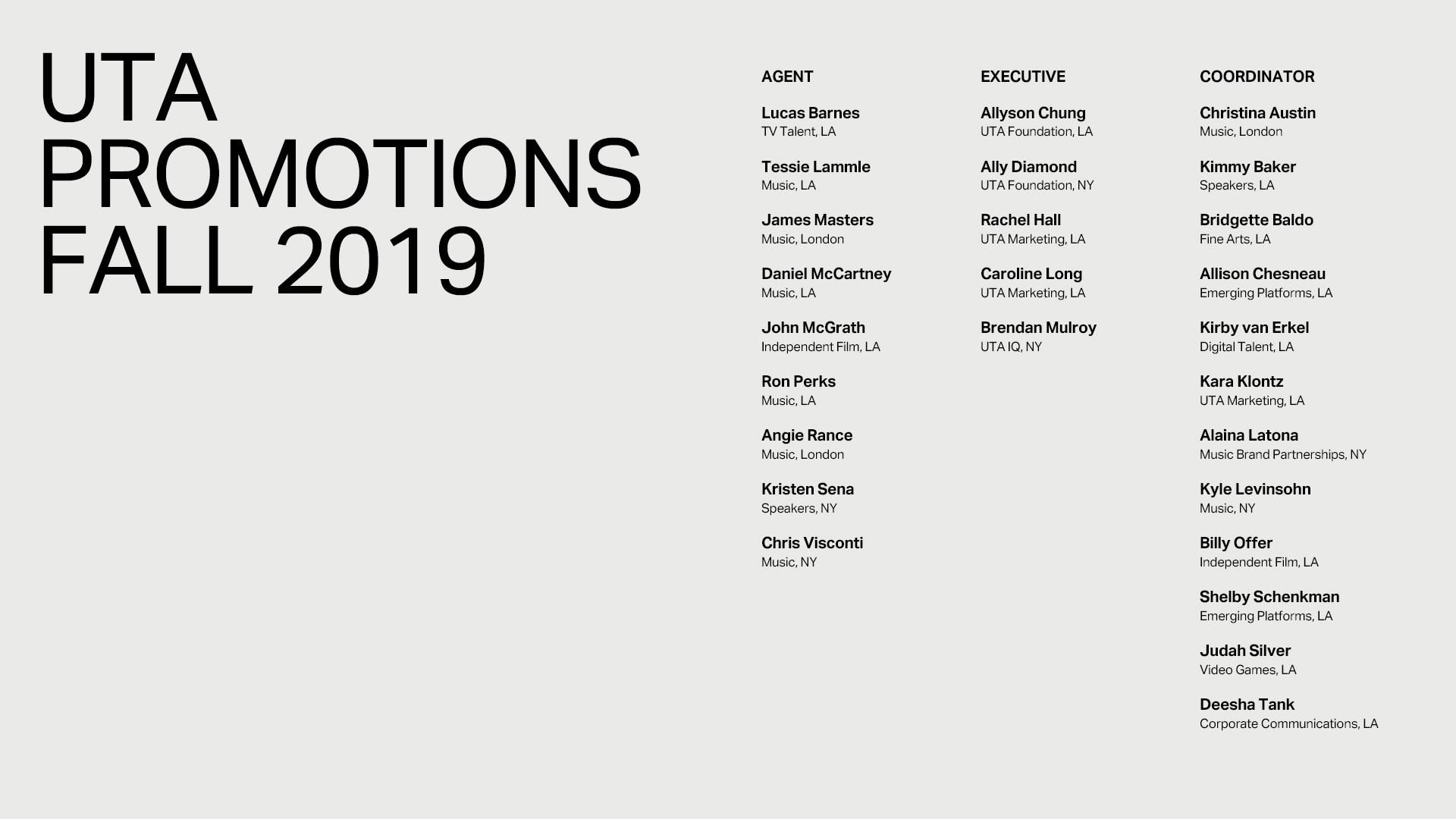 "We’re incredibly proud of this outstanding group of colleagues. Each of them personifies exceptional performance and commitment to client service. We’re especially pleased that the vast majority of our new agents and executives began their careers at UTA as assistants, which is a reflection of our commitment to developing and fostering the growth of young professionals. As we continue to grow all aspects of our business, they will all play an integral role in driving our future success."

The promotions come within some of UTA’s most rapidly expanding departments. UTA’s Music division represents a global roster of acclaimed artists, from emerging talent to established stars. The agency’s Speakers bureau is a market leader in the space, working with some of the world’s most influential public figures. UTA’s Marketing team has launched high-impact, creative initiatives for corporate brands including Coca-Cola, COVERGIRL, Delta Air Lines, General Motors, LinkedIn, and Lyft, among many others. The UTA Foundation provides support to local and national charitable initiatives by connecting clients to the causes they care about deeply. UTA IQ is the agency’s research, analytics and digital strategy division, providing actionable intelligence to agents, executives and clients across UTA’s practice areas.