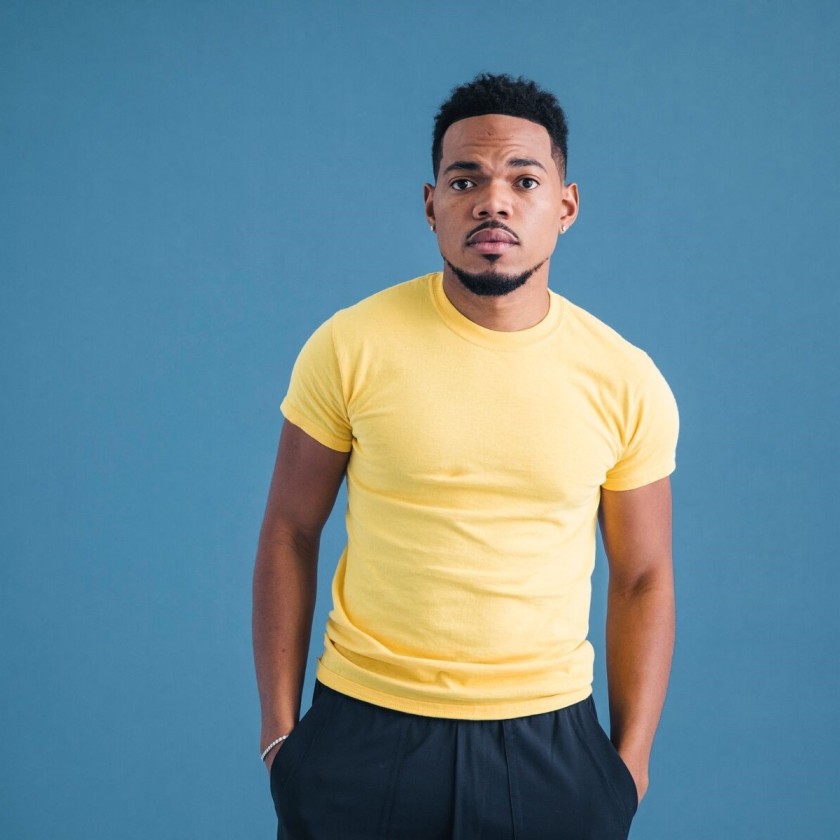 Proclaimed “Planet Earth’s preeminent indie rap darling” by Rolling Stone, Chance the Rapper has built a multi-faceted career on his own terms, redefining what it means to be an independent artist.

Born and raised in Chicago, Chance made history in 2017 when he became the first artist to win a Grammy for a streaming-only mixtape—collecting a trio of statues for Best New Artist, Best Rap Performance and Best Rap Album for his now iconic Coloring Book.

Called “a generational voice” by GQ, Chance has never signed a record deal—opting instead to make his music available for free. His career began with the release of his 2012 mixtape10 Day, followed by the 2013 release of Acid Rap, which garnered over 10 million downloads. His latest project and official debut album, The Big Day, cemented Chance in the rap pantheon.

With several international tours under his belt, Chance became a festival headliner—closing out Governor’s Ball, Rolling Loud, Lollapalooza and many others. His expanding career now also includes film and television credits, such as executive producing HBO’s A Shot in The Dark and Cartoon Network’s Steven Universe. In 2019, Chance joined an elite club by becoming one of the few celebrities to both host and perform on Saturday Night Live. He also serves as an executive producer and judge on Netflix’s hip-hop talent contest Rhythm+Flow.

With his preternatural positivity, broad social media reach and boundless talent, Chance has forged a unique array of brand partnerships—from reworking Nestlé’s classic Kit Kat jingle to appearing in a Doritos Super Bowl ad with the Backstreet Boys to spawning a social media juggernaut for Wendy’s after he requested they bring back a popular menu item. Chance also has appeared in campaigns for H&M and Champion—and created an original song for Nike.

Called “an outstanding role model” by President Barack Obama, Chance’s passion for music and family extends to his commitment to giving back. Coming from a long line of activists and community organizers, Chance was raised with a deep faith and a strong sense of purpose. His nonprofit SocialWorks aims to inspire and empower youth through arts, education and civic engagement.

In 2014, he made headlines by using the #savechicago hashtag to stop gun violence in the city for 42 hours. Whether by hosting a monthly high school “OpenMike” series at the Chicago Public Library, donating $2 million to Chicago Public Schools and mental wellness access or raising more than $7 million through SocialWorks for Chicago’s youth, Chance makes it a priority to be a positive force for good.

Chance the Rapper Has Nothing to Fear but FOMO itself