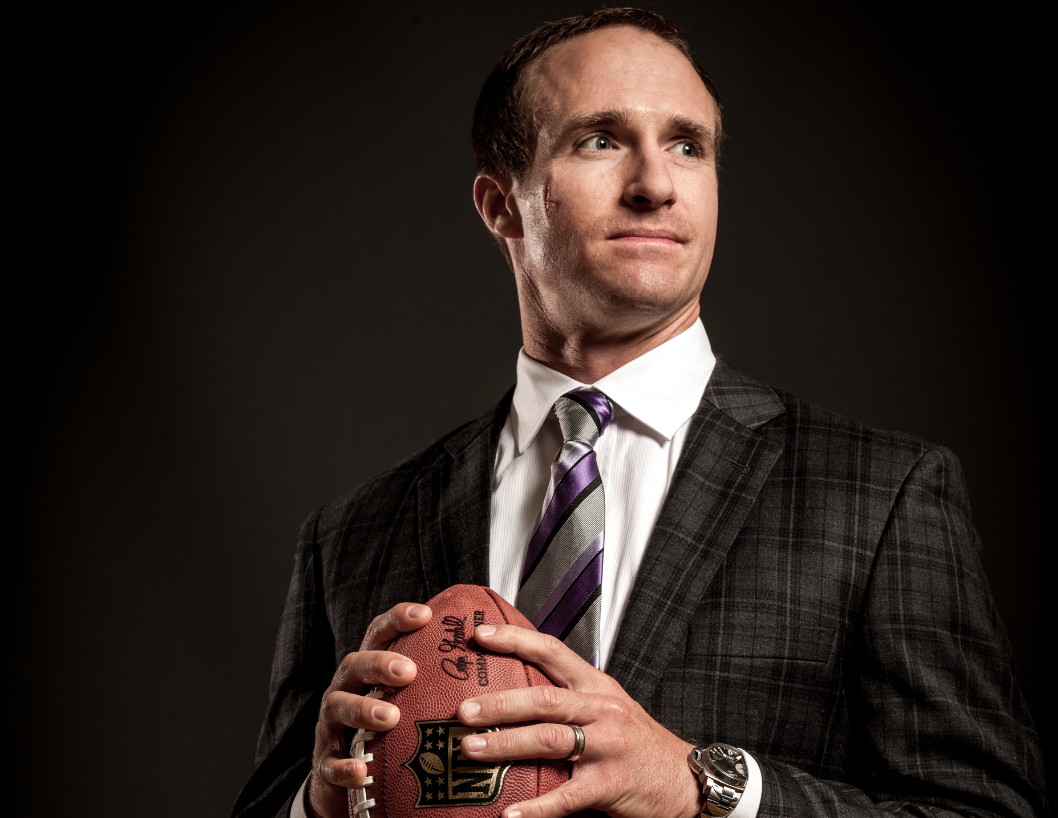 Drew Brees is the 2009 Super Bowl MVP-‐winning quarterback for the New Orleans Saints. A native of Austin, TX, Brees attended Westlake High School and lettered in football, basketball, and baseball. As a senior in 1996, he led his football team to a perfect 16-0 record and the 5A State Championship while garnering 5A Offensive Player of the Year honors. He attended Purdue University where he earned a bachelor's degree in Industrial Management from the prestigious Krannert School of Management while lettering in football from 1997-2000. A two-time Heisman ﬁnalist, Brees led the Boilermakers to a Big Ten Championship and Rose Bowl appearance during the 2000 season. In that same year, he won the Maxwell Award as the nation's top collegiate player as well as being named Academic All-American Player of the Year, and was a recipient of the National Football Foundation's post-graduate scholarship.

As much pride as Brees takes in his on-ﬁeld performance, he takes even more pride in his community service endeavors. Drew and his wife, Brittany, established the Brees Dream Foundation in 2003 and since then have contributed over $33,000,000 to help improve the quality of life for cancer patients and provide care, education and opportunities for children and families in need. Brees has also proudly participated in ﬁve USO trips visiting Kuwait, Iraq, Afghanistan, Germany, Turkey, Djibouti, Dubai, Okinawa, and Guantanamo Bay.

A Conversation with Drew Brees: Faith, Family, Football, and Philanthropy