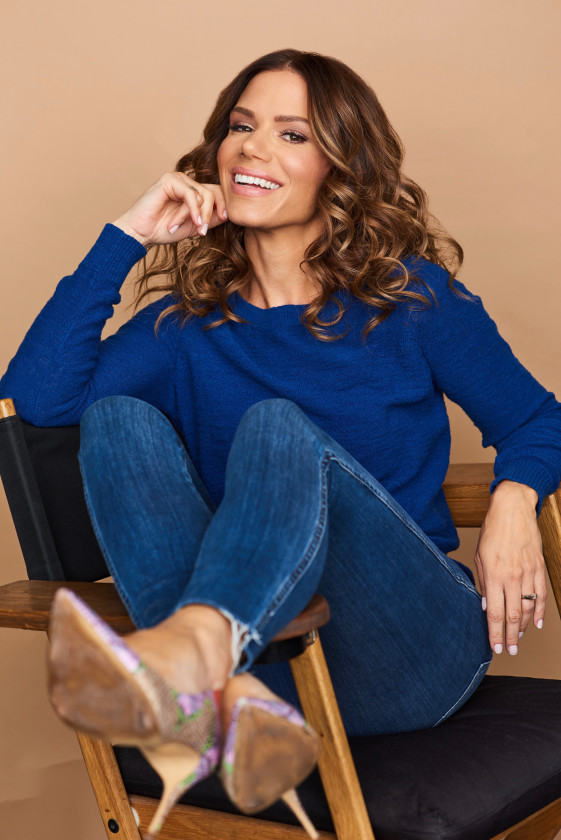 With over one billion video views, Kristina Kuzmic has designed a viral mom-centric network of resources through her videos, timely messages, tours, and upcoming book Hold On But Don’t Hold Still scheduled for release February 2020. Kuzmic offers encouragement, hope, and humor for those on the journey of raising children and juggling all of life’s challenges.

It was 2011 when Oprah crowned Kuzmic, the winner of Mark Burnett’s reality TV competition Oprah’s Search for the Next TV Star. Oprah said, “I wanna watch her!” What was it that Oprah saw? Perhaps it was the strength of an overcomer and the heart of a nurturer.

Kuzmic immigrated to America from Croatia during the war in her homeland. She later faced more challenges, as a divorced, single parent living on only tips from waitressing. Kuzmic was battling poverty, depression, and despair. Despite her circumstances, Kuzmic began hosting Wednesday night dinner parties for whoever wanted to come earning a reputation for making great meals on a limited budget. It was the exact opposite of what she was feeling and facing.

Kuzmic has a natural ability to connect with an audience through her charm and comedic style winning over the hearts of millions. She will tell you she is in a position she could have never imagined. Kuzmic wants to be for others what she wished someone had been for her during her darkest hours. Her messages resonate with moms, dads, and even those who don’t have children. She has quickly become a viral sensation with well over 2.7 million Facebook followers. Kuzmic has a voice and personality that has proven to be a hit with a massive audience (from young millennials through Gen-Xers and even Baby Boomers).

The Huffington Post referred to Kuzmic’s videos as “Parenting comedy at its finest,” and The Inquisitr has praised her “witty charm.” People, Yahoo, Cosmopolitan, Us Weekly, Parents, and many more have posted articles on her creative parenting advice and unique humor, and media outlets across the country are picking up her videos and re-posting them. Kuzmic has quickly made a name for herself as a creative, yet unpretentious parent, as well as a world-renowned motivational speaker and comedian. She is currently touring the country with her “Hope & Humor” tour.

Kuzmic and her husband live in Southern California, where her most important, rewarding, and exhausting roles include being a sanitation engineer, chef, chauffer, conflict resolution guru, and cheerleader for her three (mostly satisfied) clients – her children.

Screw Balance: Grace, Kindness, and Self-Love in a Demanding World

Is Your Focus Off? Unstuck Yourself by Refocusing